Anthony Davis' 37 points lifted the Los Angeles Lakers to another win on the road. 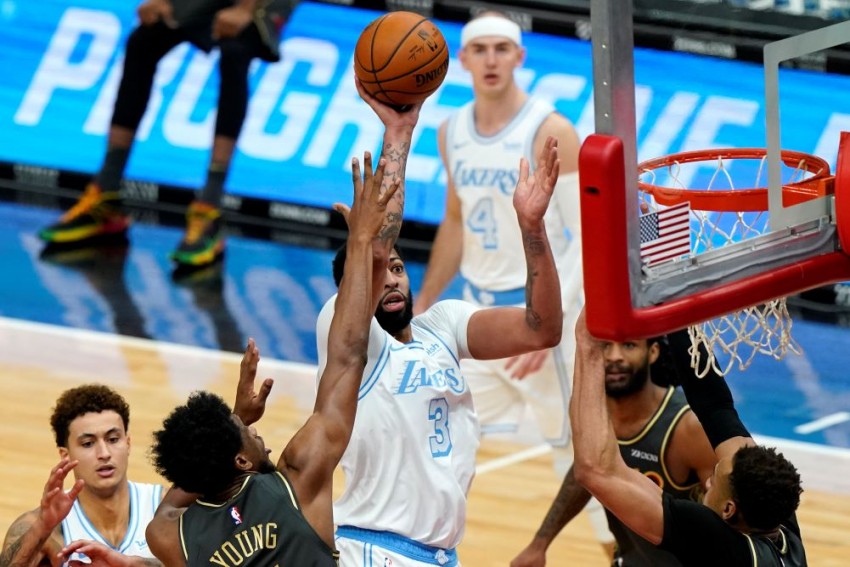 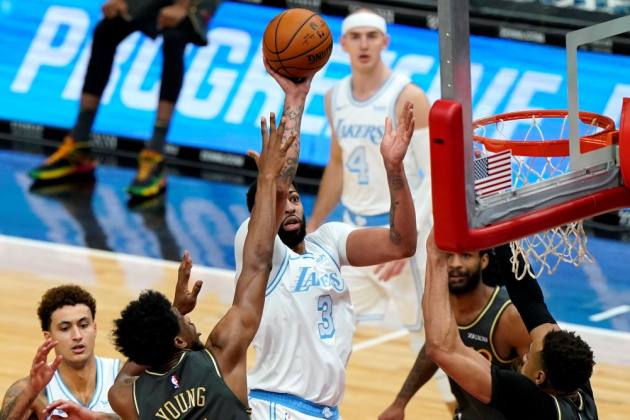 The Los Angeles Lakers eased to a win in the NBA on Saturday, while the Brooklyn Nets overcame the Miami Heat. (More Sports News)

Anthony Davis posted 37 points in 28 minutes as the Lakers brushed past the Chicago Bulls 101-90 to improve to 9-0 on the road.

LeBron James had a double-double of 17 points and 11 rebounds in the comfortable win.

The Nets returned to winning ways after back-to-back losses, overcoming the Heat 128-124.

Kyrie Irving had 18 of his 28 points in the fourth quarter, while Kevin Durant (31 points), Joe Harris (23 points) and James Harden (12 points, 11 assists and seven rebounds) were also key contributors.

Heat star Bam Adebayo was in impressive form with 41 points.

The Jazz made it eight straight wins as Donovan Mitchell recorded 23 points, seven rebounds and six assists in a 127-108 victory over the Golden State Warriors.

Warriors star Stephen Curry (24 points) passed Reggie Miller to move into second place for most three-pointers made in NBA history.

The Philadelphia 76ers improved to 12-5 as Joel Embiid had a double-double of 33 points and 14 rebounds in a 114-110 win against the Detroit Pistons.

Nikola Jokic's impressive season continued. The center had 29 points, 22 rebounds and six assists as the Denver Nuggets beat the Phoenix Suns 120-112 after overtime.

Jerami Grant struggled from the field for the Pistons. He went three-of-19 for just 11 points in 35 minutes in the loss to the 76ers.

Curry moved past Miller after making his 2,561st three-pointer in the NBA. Only Ray Allen (2,973) has made more.

A classic @StephenCurry30 three to reach 2nd on the all-time list, from every angle. pic.twitter.com/cpYkyseWAC

The Milwaukee Bucks (9-6) have dropped back-to-back games ahead of hosting the Atlanta Hawks (8-7) on Sunday.