Eric Olhats, who previously represented Antoine Griezmann, claims the Frenchman was eyeing a Barca exit prior to Ronald Koeman's arrival 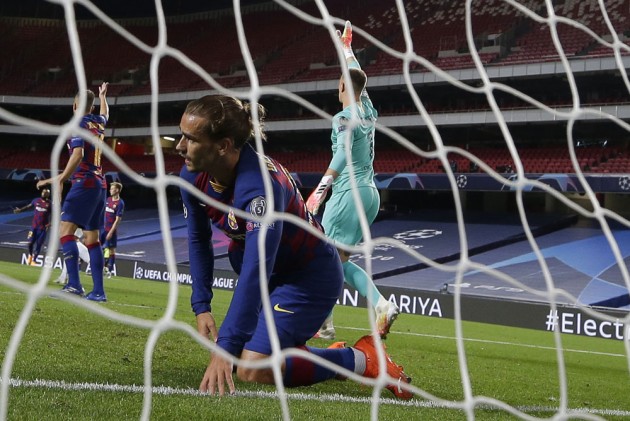 Griezmann endured a difficult first season with Barca following his €120million arrival from LaLiga rivals Atletico Madrid, struggling for consistency despite scoring 15 goals across all competitions.

The 29-year-old's struggles prompted talk of an exit amid links to Paris Saint-Germain, while the front page of Friday's Marca reports Atletico rejected a proposed exchange deal from Barca that would have seen Griezmann and Joao Felix swap clubs.

Olhats, who previously represented Griezmann, claims the France international was eyeing a move away from Barca prior to Koeman replacing Quique Setien.

"Before the [8-2] defeat in the Champions League to Bayern [Munich], Antoine only had the desire to leave Barcelona," Olhats told RMC.

"The reality is that Griezmann perceived that he was not part of the club's plans, that he could not continue like this.

"He was seriously studying how to leave. Then what we know happened and a conversation with Koeman reassured him.

"[Koeman] expressed his plans, because he considers him an important player for the future."

Griezmann scored nine goals in 35 appearances as Barca were dethroned by bitter rivals Real Madrid in LaLiga in 2019-20.

He also netted twice in the Champions League for Barca, who were embarrassed by Bayern Munich in the quarter-finals.

Barca are now braced for Lionel Messi to sensationally leave the club after the six-time Ballon d'Or winner handed in a transfer request, plunging the Catalan giants into further chaos following a tumultuous season.