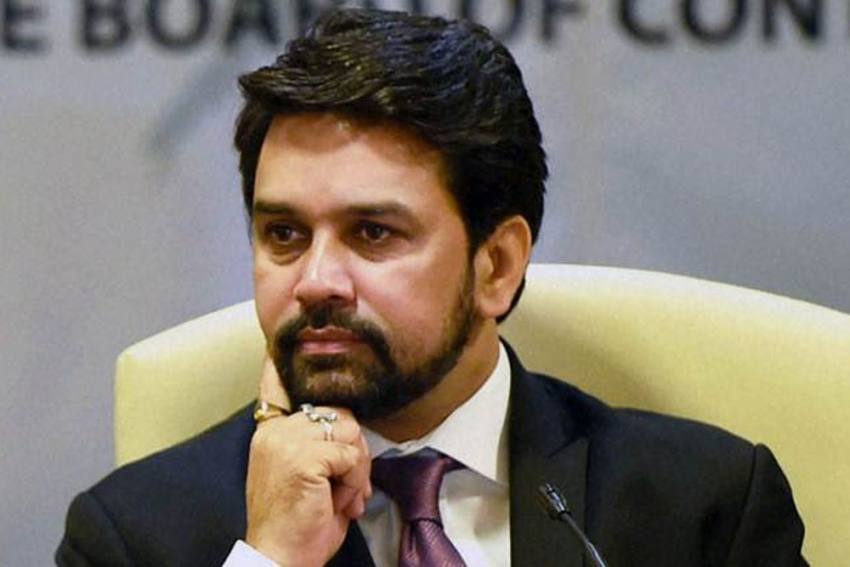 The 46-year-old former Cricket Board President was given charge of Information and Broadcasting ministry along with sports after he took oath as a cabinet minister.

Thakur who remained BCCI president from May 2015 to February 2017 was earlier Minister of State for Finance and Corporate Affairs and has been promoted as Prime Minister Narendra Modi went for a complete overhaul of his cabinet.

Thakur has served as BCCI secretary as well as president of Himachal Pradesh Cricket Association.

After taking oath as the union cabinet minister Anurag tweeted, “I am honoured to serve the people of India as a Union Cabinet Minister and take this opportunity to express my sincere gratitude to Prime Minister  narendramodi  ji for entrusting me with this responsibility.”

I am honoured to serve the people of India ðÂÂÂÂÂÂ®ðÂÂÂÂÂÂ³ as a Union Cabinet Minister and take this opportunity to express my sincere gratitude to Prime Minister Sh @narendramodi ji for entrusting me with this responsibility.#Govt4Growth pic.twitter.com/G3PjWrcqay

Thakur has won from his constituency Hamirpur four times in succession.

Thakur born on October 24, 1974, is a graduate from Doaba College, Jalandhar.

Thakur is among the six ministers who have been promoted to the cabinet rank.

Rijiju was appointed as the minister of state for sports in May 2019, replacing Olympic silver-medallist Rajyavardhan Singh Rathore.

Along with the Independent charge of the Sports and Youth Affairs, Rijiju also served as the minister of state for minority affairs before being given temporary charge of Ministry of Ayush. (with inputs from Agencies)