She poured her heart out for Kohli in the birthday post and it began getting love from fans across the world. 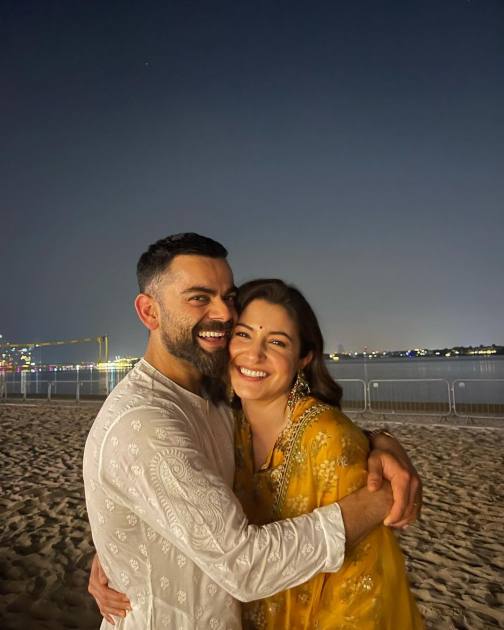 Bollywood actor Anushka Sharma, who is in the UAE with her husband cricketer Virat Kohli and their daughter Vamika, took to social media to share a heartfelt note on Kohli’s 33rd birthday. Not just this, along with it, Sharma shared an adorable photo with Kohli, dressed in complete festive attire and gave fans a sneak peek of their birthday and Diwali celebration in the UAE.

She poured her heart out for Kohli in the birthday post and it began getting love from fans across the world.

As soon as her post came in, celebs as well as fans started sending love to the couple. Even Bollywood stars including Suniel Shetty, Seema Khan, Zoya Akhtar and Jaideep Ahlawat dropped heart emoticons on the post and sent love to the Indian skipper on his birthday.

Fans too, weren't behind in backing the captain of India's squad. A fan wrote, "Caption just came directly from heart, it’s just so special." Another wrote for Anushka, "You’re his pillar my queen."

Bollywood actor Varun Dhawan also had shared a throwback photo from the Switzerland vacay and sent out good wishes to Virat on social media.