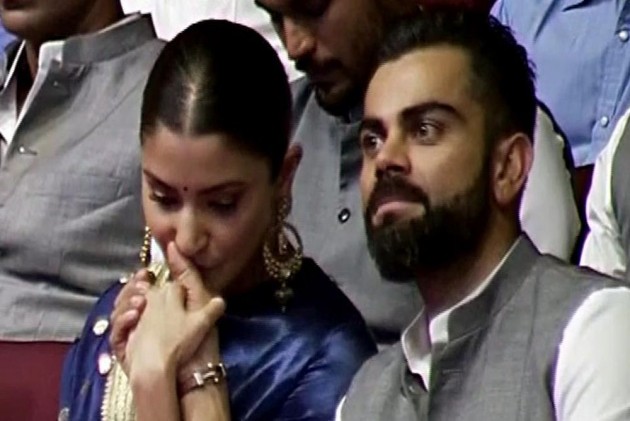 The DDCA renamed the Feroz Shah Kotla as Arun Jaitley stadium in memory of the late politician-cum-sports-administrator.

During the event, the DDCA president Rajat Sharma recalled how Arun Jaitley had praised Kohli’s resolve, when he went to play a cricket match even after his father’s death. Jaitley believed that one day, no one would be bigger than Kohli when it came to cricket.

On the mention of the cricketer’s late father, the couple got emotional and was spotted supporting each other by tightly holding hands. Anushka was also seen giving Kohli kisses on his hand.

On Friday, Kohli shared a few pictures from the event.

Thank you @ddcacricketofficial and @indiancricketteam for bestowing this honour upon me. The pavilion will remind me of my journey in life and in cricket but most importantly I hope it will serve as an inspiration for the next generation of young cricketers of our nation.