England open their T20 World Cup 2021 campaign against England and Samuel Badree opines that it wont be easy against the 2019 50-over World Cup champs. 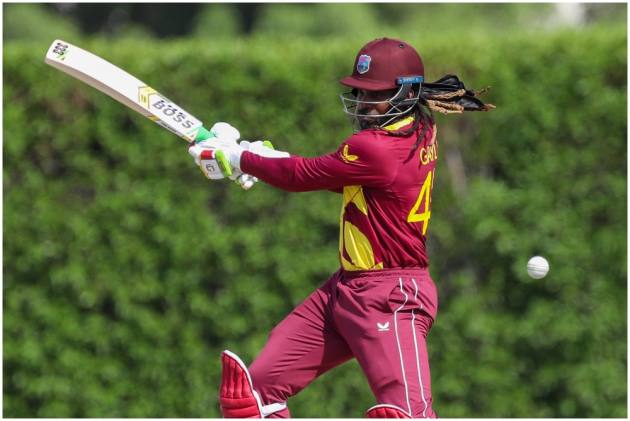 Former West Indies leg-spinner Samuel Badree opined that any one of the players from the defending champions’ team can 'single-handedly win a game' against England in the Super-12 stage of the ICC Men’s T20 World Cup 2021. (More Cricket News)

He named the likes of Chris Gayle, Kieron Pollard, and Dwayne Bravo who can potentially get the better of their opponent at Dubai on October 23. (PAK vs WI | AFG vs WI)

“Any one of their players can single-handedly win a game and the experience of Chris Gayle, Kieron Pollard, and Dwayne Bravo to name just a few, with their ability to stay calm under pressure, will count for a lot,” Badree wrote in his column for the International Cricket Council (ICC).

Badree, however, noted that it will not be easy against the 2019 World Cup champions England. He pointed out that England have got experienced bowlers like Chris Jordan and Adil Rashid who can change the course of the game.

“If they can get off to a good start, I think they’ll be able to go all the way but England are the defending 50-over World Cup champions and under Eoin Morgan, their white-ball cricket has been exceptional,” added, Badree who was a part of West Indies' 2016 T20 World Cup-winning team.

“They’ve got a wonderful team – very experienced bowlers with real pace and then the likes of Chris Jordan and Adil Rashid as well – so I expect the winner of the opening the West Indies v England game will make it into the semifinals,” he added.

Badree recalled that the second ball of the 2016 T20 World Cup final between the Caribbean and England set the tone of the match. He dismissed opener, Jason Roy, before Dwayne Bravo and Carlos Brathwaite dented the England middle-order.

“Everyone remembers those four sixes from Carlos Brathwaite at the very end but less people remember that the second ball of the game really started things for West Indies and set the tone…,” he said.

“That was when I got Jason Roy out clean bowled! The first ball I had actually had a huge shout for lbw that was just sliding down the leg side but the second ball was right on target.”

Badree, however, admitted that too much time has elapsed since the 2016 T20 World Cup final to have any real part to play this time round at the upcoming Super-12 stage of the T20 World Cup 2021. The 40-year-old also noted that both sides have great power hitters to make the contest a mouth-watering clash.

“T20 cricket is such a fickle game that either of those two powerful teams can win. I really expect it to be a thriller, a game full of pyrotechnics with power hitters on both teams but I would give West Indies the slight edge,” he said.

West Indies had beat England in the first match of the Super 10 before the 2016 event. Chris Gayle, who was adjudged Player of the Match, single-handedly guided his side home after smashing a brilliant hundred.

Talking about his performance, Badree ranked his performance as the best in his career. “People don’t always remember that I bowled amazingly in that game – I bowled a maiden, I took two for 16 from my four overs and also got England captain Eoin Morgan out!”

“From a personal standpoint, I certainly rank that as my best performance for the West Indies, especially given the fact it was a World Cup final. To put in a performance like that on the biggest stage was something I will cherish for the rest of my life,” he added.

Moreover, the leg-spinner accepted that his performance got 'rightly overshadowed' by Brathwaite, whose four sixes in the final over off Ben Stokes got etched in everyone’s mind.

“I understand that my performance is rightly overshadowed by the pyrotechnics of Carlos Brathwaite because those four sixes are indelibly etched in our minds in the Caribbean – that is part and parcel of a team sport, sometimes you go unnoticed. But it was such a sweet victory and it was a victory for the people of the Caribbean.”