Argentina Vs Colombia, Live Streaming: When And Where To Watch Copa America 2021, 2nd Semi-final 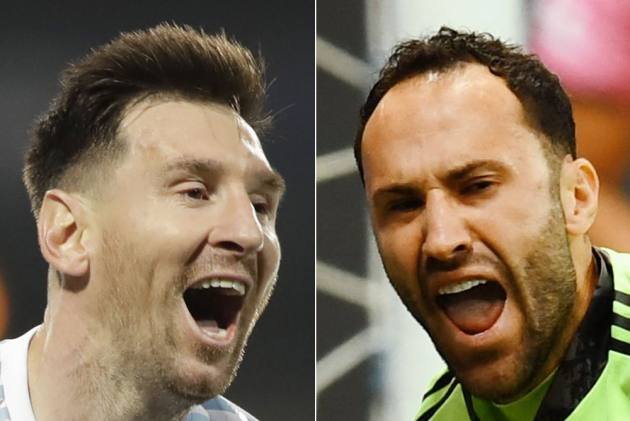 Argentina are the most consistent side in the history of Copa America, and they are two wins away from becoming the joint-most successful team along with Uruguay. And their first big test lies against Colombia, in the second semi-final of the 2021 edition. Beat Colombia, and they face Brazil in the final. A defeat against Colombia and their wait for a major international trophy continue leaving Lionel Messi forlorn once again.

Argentina last won the continental title in 1993, and lost the finals in 2004, 2007, 2015 and 2016. They also finished third last term, after losing to Brazil in the semis. During this period, on the global stage, Argentina came close to winning the World Cup in Brazil. But a Mario Gotze extra time goal ended their dream in 2014 final. Now, Brazil presents Albiceleste with another chance to redeem themselves.

And Lionel Scaloni's men have been playing well and more importantly scoring well, with Messi at the helm. Now a free agent, Messi has involved in 80% of Argentina's goals -- four goals and four assists -- both records in this edition. If he continues to fire, there should be no worry.

But Colombia have a matching rival in goalkeeper David Ospina. The Napoli custodian has been brilliant, as usual. Also, Colombia are bidding to reach their first Copa America final after failing in their six previous semifinals in a neutral venue. They only reached the final playing at least one game at home (1975 and 2001). And they are a motivated lot.

Colombia finished third in Group B, behind Brazil and Peru. Reinaldo Rueda's Cafeteros started the campaign with a 1-0 win over Ecuador but were held to a goalless draw by Venezuela, before their 1-2 defeats against Peru and Brazil.

They have met 40 times, with Argentina winning 23 as against Colombia's nine. Eight matches have ended in draws. In their last meeting last month, a World Cup qualifier, they shared the spoils with a 2-2 draw at Barranquilla. Argentina took an early 2-0 lead thanks to Cristian Romero and Leandro Paredes goals, but Colombia hit back through a Luis Muriel penalty and very late Miguel Borja equaliser.

In the last edition of Copa America, Colombia beat Argentina 2-0. Argentina's last win against Colombia came in 2016 during a World Cup qualifier. Lionel Messi opened the scoring then Lucas Pratto and Angel Di Maria added one each.

Argentina and Colombia are facing each other for the third time in the Copa America semifinals. The first one was in 1993 (Argentina won in the penalty shootout and lift the trophy) and the second one was in 2004 with another win for Argentina (then, losing the final against Brazil). But Ospina came to the fore in their quarter-final match against Uruguay, saving two penalties for a 4-2 win in the shoot-out after goalless normal time. There's no extra time in the quarters and semis.

Argentina failed to progress in one of their last six Copa America semifinals: against Brazil in 2019 (0-2).

Argentina have never played a Copa America final in Brazil.

Colombia are the team with the most recoveries (306), interceptions (74) and fouls conceded (78, alongside Paraguay) in the current Copa America.