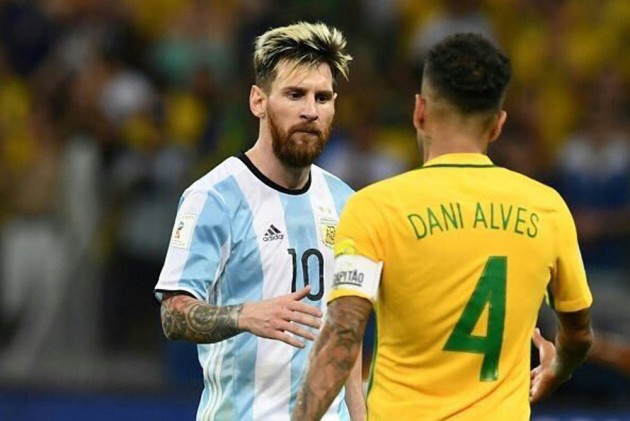 Argentina pair Marcos Rojo and Roberto Pereyra have been ruled out of the country's international friendlies against Brazil and Uruguay.

Rojo was ruled out following Manchester United's 3-1 Premier League win over Brighton and Hove Albion on Sunday in which he appeared at Old Trafford, while Watford's Pereyra succumbed to a hamstring injury.

Argentina have drafted in Boca Juniors' Alexis Mac Allister for Friday's showdown with South American rivals Brazil in Saudi Arabia and the November 18 fixture against Uruguay in Tel Aviv.

Messi is back in the squad after the Barcelona and Argentina captain was banned by CONMEBOL in August and fined $50,000 for accusing the governing body of corruption following his side's semi-final loss to Brazil at the Copa America.