Acting on the Sports Ministry's directive to send nominations for this year's sports awards, the AIFF did not have much trouble in finalising the names 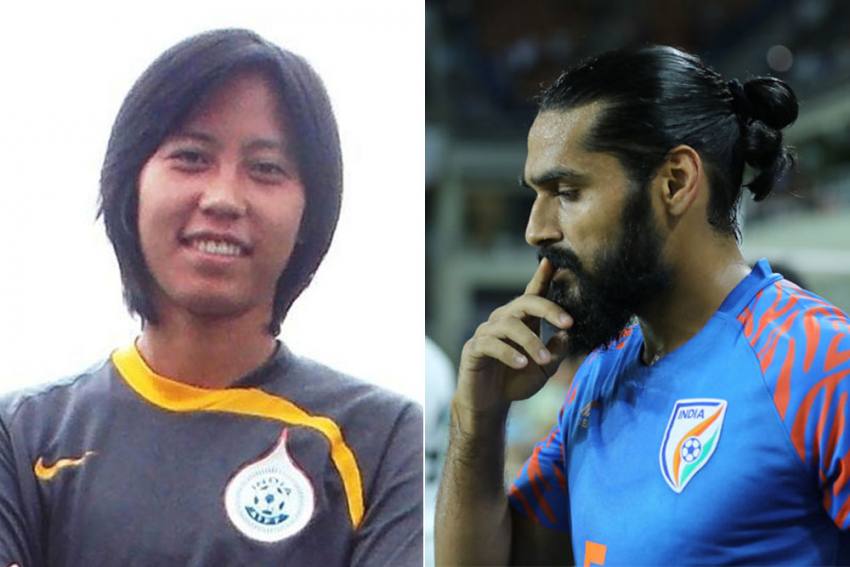 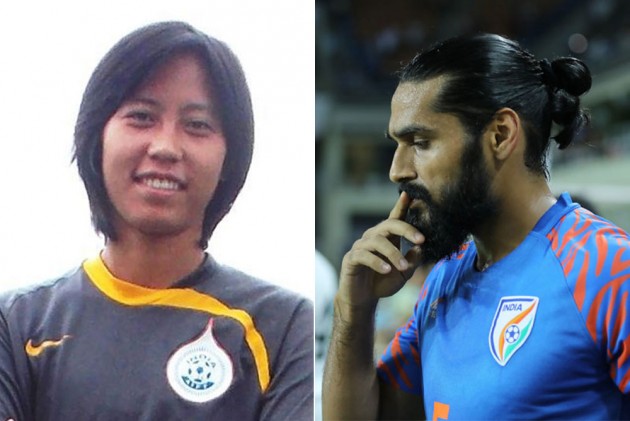 The All India Football Federation (AIFF) has homed in on national team central defender Sandesh Jhingan and women's team striker Ngangom Bala Devi as its nominations for the Arjuna Award, rewarding them for their consistency in recent years. (More Football News)

Acting on the Sports Ministry's directive to send nominations for this year's sports awards, the AIFF did not have much trouble in finalising the names.

"We have decided to send the names of Sandesh and Bala Devi for the Arjuna Award keeping their consistent showings. So, it's one male and one female," AIFF general secretary Kushal Das told PTI.

He said their names have been considered for the prestigious award because of their achievements as well as consistency in recent times.

The 26-year-old Jhingan, who has spent his formative years playing alongside the great Bhaichung Bhutia and set-piece specialist Potsangbam Renedy Singh in Sikkim United, has over the years established himself as one of the most important players in the Indian team behind only Sunil Chhetri.

Since making his India debut during a FIFA World Cup qualifier in 2015, ISL outfit Kerala Blasters' most-capped player has firmly cemented his players in the Indian team back-line.

His growth and maturity as a player impressed former national team coach Stephen Constantine so much that he handed him the captaincy when Chhetri was not around due to in injuries the coach was experimenting with his rotation policy in leadership.

He has so far worn the captain's armband on several occasions.

For the Blasters in the Indian Super League, Jhingan has also often shouldered responsibility as right-back.

He is known for his physical strength, aerial ball skills and willingness to put the body on the line.

"I'm lucky to be a part of this team," he had said recently.

While he has always strived for consistency, Jhingan was at his best during the 2019 AFC Asian Cup.

Another name that has attracted attention in Indian football is Bala Devi.

Earlier this year, the 30-year-old Manipuri created history when she signed an 18-month contract with renowned Scottish Women's Premier League side Rangers FC, becoming the first Indian woman to play outside the country professionally.

She has played quite a bit in the European top-flight before the league was postponed owing to the COVID-19 pandemic.

Bala Devi was among the leading players of the continent to join the Asian Football Confederation's #BreakTheChain video campaign, aimed at raising awareness in the fight against the spread of the novel coeonavirus.