Around 250 Applicants For The Indian Football Team Coach's Job; Coach To Be Finalised Soon 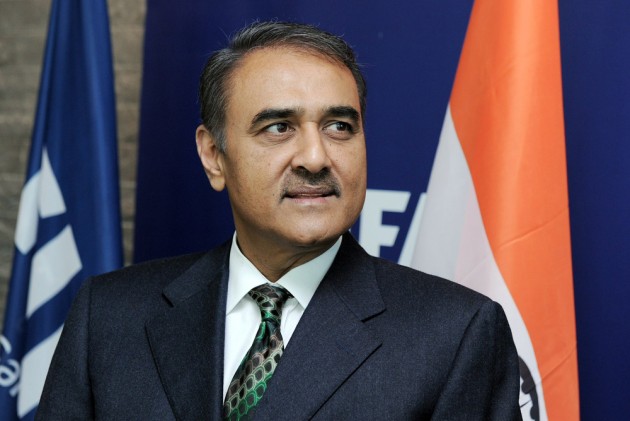 All India Football Federation (AIFF) President Praful Patel confirmed that the appointment of the Indian Men's football team coach will be done at the earliest. He also added that the candidate will be considered if he fits their criteria.

AIFF has received more than 250 applications for the top job post,  which was left vacant after Stephen Constantine resigned following the Indian team's failure to make the knockouts of the AFC Asian Cup after coming close.

Among the 250-odd applicants, sources close to the federation said 35 of them are well-known names from Europe and elsewhere.

"If the candidate fulfills the criteria, what we are looking at, and if he is well-qualified, then we can think of that (appointing a big name)," the AIFF chief told PTI.

"The appointment will be made as soon as possible, maybe by the end of this month," he added.

Patel was Saturday elected as a FIFA Council member, becoming the first Indian to enter the prestigious panel in a landmark development.

Patel won with a record-breaking margin, securing 38 out of the 46 votes at the 29th Asian Football Confederation Congress in Kuala Lumpur.

A member of parliament, the 62-year-old also addressed the AFC Congress on behalf of its president Shaikh Salman bin Ebrahim Al Khalifa, who was mourning the demise of his mother.

The list of applicants for the Indian coaching job also includes candidates from the Indian Super League and I-League.

A short-list will be prepared this week and the candidates would then be interviewed by the technical committee, and based on its recommendations, the executive committee would make the appointment from among the final list.

The deadline for applying for the top job ended on March 29.

Among others, Bengaluru FC's highly successful former coach Albert Roca has also emerged as the frontrunner for the job, with many national team players favouring his appointment.

Under Roca, Bengaluru FC played four finals in his two seasons in charge - making the final of the AFC Cup in 2016, the Federation Cup in 2017 and the ISL and Super Cup in 2018.

The team won the Federation Cup and the Super Cup but missed out on the AFC Cup and the ISL titles.