Leicester City's Jamie Vardy avoided a red card against Arsenal on Tuesday, but Eddie Nketiah was not so lucky, with Mikel Arteta left confused 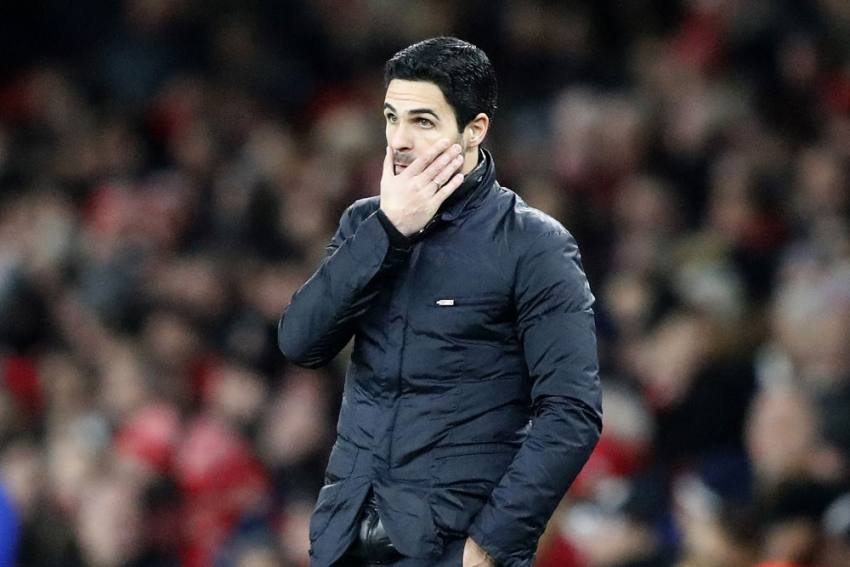 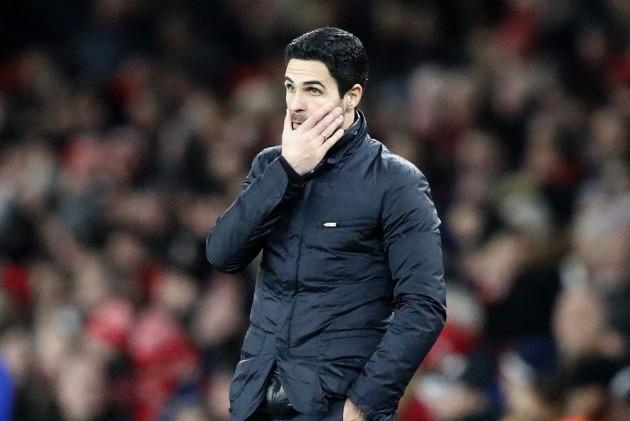 Mikel Arteta was left bemused by what he felt were VAR inconsistencies after Jamie Vardy escaped a red card during Arsenal's 1-1 draw with Leicester City on Tuesday. (More Football News)

The Gunners looked to be heading for a fourth successive Premier League win after Pierre-Emerick Aubameyang's first-half opener, but Eddie Nketiah's straight red 15 minutes from time – shortly after coming off the bench – gave Leicester encouragement.

Nketiah caught James Justin with a high boot to the knee and a VAR check led to the striker's dismissal, but Arteta felt it highlighted inconsistency.

Vardy, who went on to score a late equaliser, had been involved in an incident just before half-time where his flailing foot caught Shkodran Mustafi in the face as the pair fell to the floor.

Despite the presence of VAR, the former England striker avoided punishment, but Arteta thinks he should have been dismissed.

"I have my opinion, I prefer to keep it like this," he said. "What I am saying is, if you review incidents of that type, you should review them all.

Leicester manager Brendan Rodgers claimed to have not seen the incident involving Vardy, though he was adamant Nketiah's sending off was justified for "a horrific challenge".

"To be honest, I can't even remember that one," he said. "I haven't seen it to be honest, I didn't even think about looking at it afterwards.

"Obviously, Mikel will have his feelings of it but like I said with Eddie, it wasn't intentional but dangerous to go in on the stretch with his studs up.

"I think when you see it like he [the referee, Chris Kavanagh] has, it was a clear red. The kid is just stretching but it ended up being an horrific challenge so was absolutely deserving for a red card."

David De Gea Has Been Best In The World For A Decade, Says Ole Gunnar Solskjaer