Mikel Arteta has a big task on his hands after being appointed Arsenal boss. Here we look at five things he must address 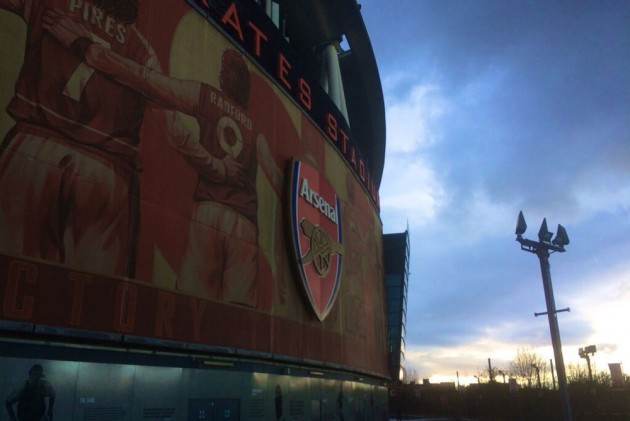 Mikel Arteta's high standing among the Arsenal faithful from his days as a player at Emirates Stadium will only take him so far if he fails to hit the ground running as head coach of the Gunners. (More Football News)

The amiable Spaniard, confirmed in the job on Friday, served the club with distinction during five years between 2011 and 2016, winning a couple of FA Cups along the way.

Since then, he has cut his coaching teeth working as assistant under the stewardship of Pep Guardiola at Manchester City, playing a big role in their domestic dominance in the last two seasons.

But it is an entirely different scenario for Arteta now he is taking the hotseat with an Arsenal side languishing a disappointing 10th in the Premier League, seven points adrift of the Champions League places.

The experiment under Unai Emery failed and below we look at five things Arteta must address now he has the reins.

DEFENSIVE WOES HAVE GOT TO GO

The Gunners once boasted perhaps the most well-drilled back-line in English football, but the same cannot be said of the current crop.

What is clear, however, is that Arsenal's defensive issues – a phrase that somewhat undersells the extent of their troubles – extend beyond the rearguard unit itself.

It was not just without the ball that Arsenal's defensive frailties were exposed, as on numerous occasions their attempts to play out from the back were thwarted by a loose touch or stray pass.

Under Emery, Arsenal managed just 10 clean sheets in 51 top-flight matches and things did not improve under interim boss Freddie Ljungberg in that regard, with the Gunners shipping eight in four league encounters.

Arteta must devise a system to reverse an alarming trend.

MAKE A DECISION ON MESUT

On his day, Mesut Ozil is one of the greatest and most creative number 10s on the planet. The problem is those days are becoming increasingly few and far between.

The German endured what looked like an uneasy relationship with Emery and found himself in and out of the team. His petulant reaction to being subbed against Manchester City last weekend will have done his cause no favours either.

Arteta now has a big decision on his hands. Does he keep Ozil around in north London and try and eke out the undoubted talent the World Cup winner possesses, or cut his losses and allow him to leave in January?

Either way, Arteta cannot afford to dilly-dally on the issue. A tough decision has to be made on Ozil's Arsenal future.

6 - Arsenal have gone six games without a win at the Emirates across all competitions (D3 L3), their longest run without a home win since between December 1994 and February 1995 under George Graham (eight games). Miserable. #ARSMCI pic.twitter.com/wMRqIMndSA

Despite their struggles, Arsenal boast players who many of their Premier League rivals would dearly love to have on their books.

Chief among them is captain Pierre-Emerick Aubameyang, who has been a reliable source of goals since arriving from Borussia Dortmund in January last year.

Such exploits, allied with Arsenal's relative under-performance, have put him firmly on the radar of potential suitors.

With reports circulating that Aubameyang is stalling on contract talks in London, assuaging his concerns must sit high on the to-do list of Arsenal's new boss.

Keeping the Gabon international on board might also provide a boost for other flagging stars, like strike partner Alexandre Lacazette.

Speaking of top talent, the case of Nicolas Pepe is a curious one that needs solving fast.

He surpassed Aubameyang as Arsenal's most expensive signing when he joined from Lille in August, but has failed to fire so far.

With only two league goals to his name, the full value of what Pepe has to offer has not come close to being realised.

But if that potential can be unlocked, and there were hints of it being so under Ljungberg, Arsenal will have another tremendous goalscoring threat at their disposal.

A Pepe pep talk should be among Arteta's first duties.

CONNECT WITH THE FANS

The frustration among Arsenal's fan base has long been felt, preceding even the arrival of Emery.

For a while under Wenger there was a widespread perception the club lacked ambition and direction, with few signs of positive change to cling to.

The reaction of Granit Xhaka when he responded with disgust to jeers from the stands after being replaced in a 2-2 draw with Crystal Palace marked a low point in the relationship between the fans and their team. Xhaka was soon stripped of the armband.

Ultimately, results will speak loudest in making a connection with the faithful, but a manager who can take on the burden of their anger and work towards appeasing it will be well received in north London.

Arteta must also be able to manage upwards, knowing much of the unrest among supporters relates to the way the club is run at boardroom level.