Arsenal Can Now Play With 'The Handbrake Off' Says Mikel Arteta

Mikel Arteta believes Arsenal can express themselves now they have strung together three straight wins in a week. 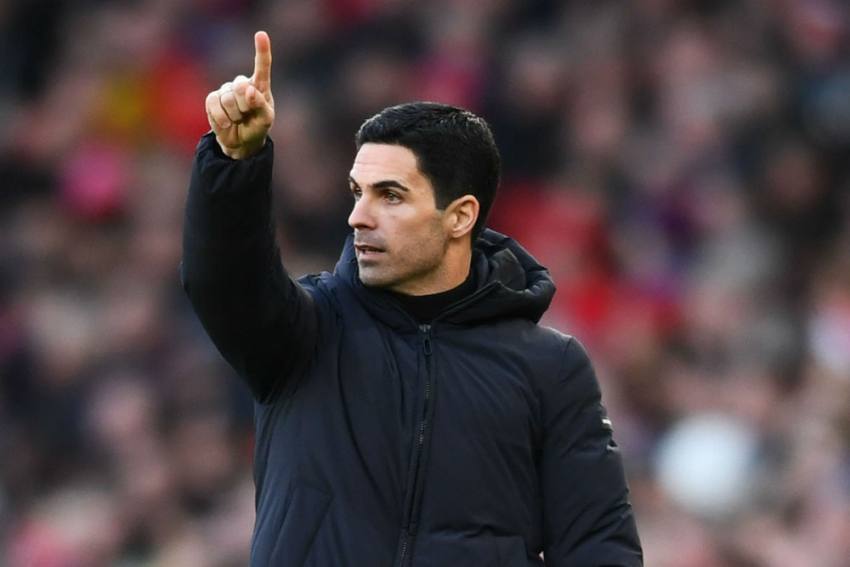 Mikel Arteta believes Arsenal can play with freedom now they have turned the corner on their dismal run of form. ( More Football News)

The Gunners made it three Premier League wins in the space of eight days with a 4-0 triumph against struggling West Bromwich Albion at a snow-covered Hawthorns.

Alexandre Lacazette hit a second-half double in the space of four minutes to send Arsenal 11th in the table, after Kieran Tierney and Bukayo Saka had opened up a half-time lead.

The three-win streak puts an end to a run of seven matches without a victory and Arteta hopes he has seen the back of his team's miserable stretch of results.

"I hope so, at least the energy and the convincing momentum that you get from everybody that is involved, it's much more positive," Arteta said.

"At the end of the day, I wasn't that concerned with the performances.

"I think we lost games when we were really unlucky and most of them it was our own fault because we made some errors and we lack some discipline in certain moments.

"But you need to win football matches and now this brings a different momentum, a different energy, and now the players get the handbrake off and you can see that they are more free to play."

Arsenal did not only come up against Sam Allardyce's compact five-man defence in the West Midlands but also some adverse weather, with the snowfall getting heavier as the second half progressed.

Arteta believes his side flourished despite the wintery conditions and reveals his players are closing on the level of performance he expects from them.

"They were we dominating in a really convincing way against this really difficult weather, I am really pleased," the Spaniard added.

"It's three in a row in the last week. We talked about the importance of this week for us and to be able to win the three of them is really important.

"There were moments that I think we were really good, both defensively and offensively.

"In other moments we became a little bit sloppy and we thought the game was won, which is something that we have to improve.

"In general, it's close to what we want."

Running out of words for this guy...

Andrea Pirlo: Juventus Eager To Get Going Again In Serie A In 2021 After Fiorentina Fiasco