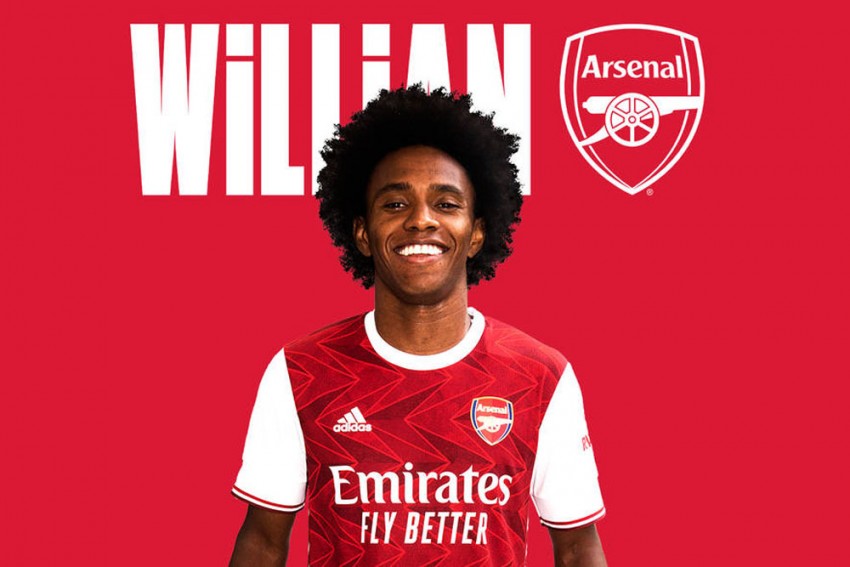 Arsenal manager Mikel Arteta admitted the club were "expecting many more things" from off-season signing Willian but believes his midweek assist can be a breakthrough. (More Football News)

The Gunners signed veteran Willian on a free transfer in August after seven seasons across London with Premier League rivals Chelsea.

However, the 32-year-old Brazil international is yet to score for Arsenal since his cross-town move and has had an underwhelming impact.

Willian came off the bench to provide the pass for Kieran Tierney's goal in Arsenal's 3-2 win over Benfica in the Europa League on Thursday in a boost which Arteta hopes can lead to more impact.

"I was really pleased with Willian on Thursday," Arteta told reporters.

"He totally deserves some credit because of the way he trains every day and he is trying.

"In games now you can see that he is starting to produce what we think he can do for the team so everyone has to step up and create big moments in games, because the front players in the end have to be the ones that decide the game for us.

"His team-mates like him and we were expecting many more things from him since he joined but for many different reasons he hasn't found his best performances.

"But hopefully Thursday's performance is going to give him the platform and belief that he is a really important player - he is a player I really like and I did a lot to bring him in and hopefully he can still give us more."

Arsenal make the trip to third-placed Leicester City on Sunday, with Willian in contention to make his first league start since December.

Arteta's Arsenal are 11th in the standings, 15 points behind Leicester and 28 points adrift of runaway leaders Manchester City.