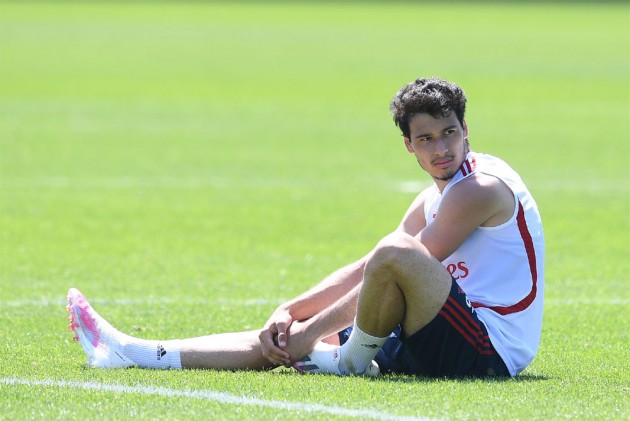 Arsenal will be without Gabriel Martinelli for the rest of the season due to a knee injury. (More Football News)

Brazilian forward Martinelli underwent surgery after damaging the cartilage in his left knee during a training session on Sunday.

The 19-year-old has scored 10 goals in 26 appearances in all competitions since arriving from Ituano ahead of the 2019-20 season.

Arsenal are hopeful he will be able to return to full training in "two to three months".

Gutted for you, Gabi.

But we know you'll be back stronger pic.twitter.com/0w6IqleaFc

Pablo Mari is facing the same amount of time on the sidelines after having a procedure on his left ankle due to a significant ligament sprain against Manchester City last week.

Mikel Arteta will have Kieran Tierney available for Sunday's FA Cup quarter-final at Sheffield United, though, with the left-back having overcome the cramping that forced him off against Southampton on Thursday.

Cedric Soares could make his first appearance since January against the Blades after going under the knife due to a nasal fracture.

David Luiz is also clear to play after serving a two-game suspension for his red card in the defeat to City, while Lucas Torreira is expected to return to full training in the coming days.