Arsenal In Exit Talks With Willian, But Will Not Sell Pierre-Emerick Aubameyang: Mikel Arteta

After failing to sign Tottenham forward Harry Kane, City remain keen to add a striker to their ranks and Aubameyang is rumoured to be in their sights 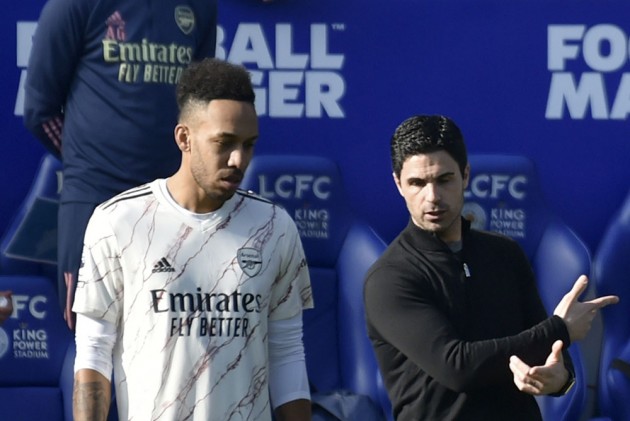 After struggling to make an impact at Arsenal following a free transfer from Chelsea last year, midfielder Willian may be on the move again. (More Football News)

"We are having some conversations with him and the agent and we are evaluating the position that we are in at the moment," admitted Arsenal manager Mikel Arteta on Thursday.

Speculation has linked Willian with a return to Brazil and Sao Paulo club Corinthians, although Arsenal manager Mikel Arteta insisted on Friday that nothing has been finalised with the transfer window due to close on 13th August.

Arteta also hinted at more transfers but insisted that Arsenal would not sell captain Pierre-Emerick Aubameyang if he were to become a target for Manchester City.

"Pierre-Emerick Aubameyang is our player and he will remain here," Arteta said.

After failing to sign Tottenham forward Harry Kane, City remain keen to add a striker to their ranks and Aubameyang is rumoured to be in their sights.

Arsenal will travel to face City in the Premier League on Saturday.