Mikel Arteta must solve Arsenal's defensive issues if the club want to be regularly competing for trophies, according to former Gunner Robin van Persie 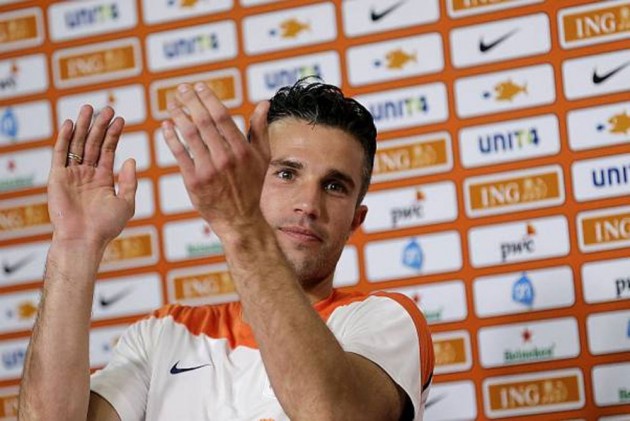 Mikel Arteta must solve Arsenal's defensive issues if the club want to be regularly competing for trophies, according to Robin van Persie. (More Football News)

The Gunners made it through to the last four of the FA Cup on Sunday, defeating Sheffield United 2-1 at Bramall Lane thanks to a stoppage-time winner from substitute Dani Ceballos.

However, the late goal helped overshadow the shoddy defending that had allowed United to draw level in the closing minutes, Sead Kolasinac's weak clearance hitting Shkodran Mustafi to inadvertently set up David McGoldrick.

Arsenal have conceded 41 goals in 31 Premier League games and, while supporting Arteta's appointment, Van Persie feels reinforcements are required to strengthen a long-standing area of weakness.

"What I believe is it is very important for Arsenal and for Mikel to find a way to fix the set pieces," the former Arsenal and Manchester United forward said while speaking alongside Rio Ferdinand on BT Sport.

"Corners, set pieces, crosses, you're always holding your breath and thinking, 'Arsenal might concede'. You fix that with mental toughness.

"It's like when I played with you [Ferdinand] and Vida [Nemanja Vidic], you would die to save the ball. You would put your head first, you would give everything to block the ball.

"That mentality is needed to compete for trophies. To be honest, I don't really see that now and that's not new either, we talked about this before and it was even an issue in my time there.

"You need to find defenders who want to do absolutely everything to block that ball. They should try to find those types of defenders.

"I'm not saying these guys are bad, but there is another level up if you want to win trophies."

18 - Dani Ceballos has scored his first goal in 18 competitive appearances for Arsenal, with his last strike coming in October 2019 versus Standard Liège. Timely. pic.twitter.com/4V9wuUywfK

David Luiz made his return to action in the FA Cup following his red card in the Premier League defeat at Manchester City.

The Brazilian centre-back played 54 minutes before going off with an ankle injury - Arteta revealed the player will be assessed on Monday in his post-match interview - after signing a new one-year deal this week.

Van Persie, however, is not convinced, suggesting before kick-off he would be attempting to rough up the defender if he was in the opposing team.

"If you play against him, I would go at him, almost try to bully him and to make physical contact with him and move around him, try to tease him a little bit because he is vulnerable," the Dutchman said.

"The first job you have to do is to defend, be solid and be trustworthy. If you have extra, you can dribble, do some nice passes, perfect. But he needs to focus on his job."