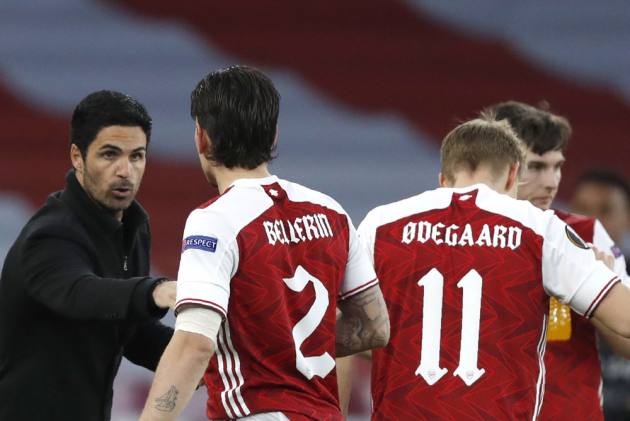 Mikel Arteta said Arsenal's squad requires an overhaul in the transfer market and the under-fire manager believes he will be afforded the time and funds to reverse their alarming slide. (More Football News)

Arsenal are set to be without European football for the first time since 1995-96 as they languish 10th in the Premier League this season.

The Gunners were sensationally upstaged by Unai Emery's Villarreal in the Europa League semi-finals on Thursday as pressure mounts on Arteta, who replaced the former in 2019.

But Arteta expects to be backed by the Kroenkes in London, where Arsenal are preparing to host second-bottom West Brom on Sunday.

"The squad needs changing," Arteta said. "There were already a lot of changes in December, something that has not been done in years, but it tells us where we were.

The latest team news update ahead of West Brom

Arsenal have lost seven home Premier League games in 2020-21 – they last lost more home league matches in a single campaign in 1929-30 (nine), a season in which the Gunners finished 14th in the table.

The Gunners last finished in the Premier League's top four in 2015-16, when they ended the campaign second behind surprise champions Leicester City.

Arteta added: "Time is catching up right now. It's a trend, it's years now that this has been happening. If the distance and the margins with the rest become too big, then it's almost impossible to do it.

"We are still on time and we have put some very strong pillars and foundations in the last few months to do what we have to do."