Arsenal's 25-year Run In European Competition On The Line 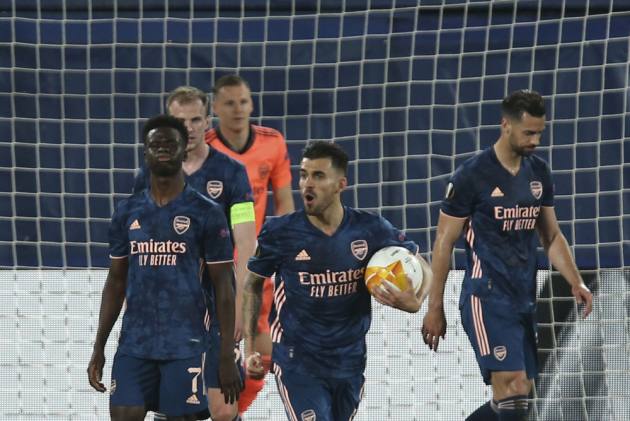 So much for Arsenal being one of the elite soccer clubs in Europe. (More Football News)

Three weeks after being among the instigators of the controversially closed-off and ultimately ill-fated Super League, the English team is facing the ignominy of being shut out of continental competition for the first time in 25 years.

A failure to overturn a 2-1 deficit against Villarreal in the Europa League semifinals on Thursday would end Arsenal's quarter-century run of participating in either the Champions League or UEFA's secondary club competitions.

Such a degrading of status would be ironic, considering the planned Super League — devised and then aborted within a chaotic 48-hour period last month — would have positioned Arsenal as one of 12 elite teams in the European game.

The significance of the match against Villarreal, likely to be played against the backdrop of more fan protests against Arsenal's American ownership for its involvement in the Super League project, isn't lost on Mikel Arteta.

"It is a big moment," the Arsenal manager said.

"Not for me but for the club, for everything that has happened in the last two years, in the last months, and for all the instability that we have been hit with for many different reasons.

"I think it will be really important, and a big step forward, if we are able to be in that final and have the opportunity to win that trophy."

It's not just Arteta's future that could be on the line on Thursday. Arsenal's ability to attract players for next season, and to retain the services of its own best players, might hinge on winning the Europa League and gaining the bonus prize of qualifying for next season's Champions League.

Otherwise, it's out of Europe, a situation Arsenal hasn't been in since the 1995-96 season — a year that fell between the storied managerial eras of George Graham and Arsene Wenger.

For Arteta, that would be unacceptable.

"It's not what we want, obviously, but there are a lot of things that have happened in that period for many reasons.

"One is the level has been raised to a standard that is unprecedented in the (Premier League) and we are not the only club that has been out of that. But obviously no one accepts that situation and we want to change it straightaway. This season, we have the opportunity to do that."

Arteta delivered the FA Cup to Arsenal in August, at the end of his first season at the club, but his position would be uncertain should his team be eliminated by Villarreal, which — adding to the weight of the occasion — is coached by Unai Emery.

Emery is a Spaniard who replaced Wenger at Arsenal in May 2018, following the Frenchman's nearly 22 years in the job. He lasted only 18 months.

Arteta said the success of this season will now be determined by winning the Europa League or not.

"How good or bad job you are doing is judged by many factors by different people. Externally, it's only when you win or lose. That is the defining moment."