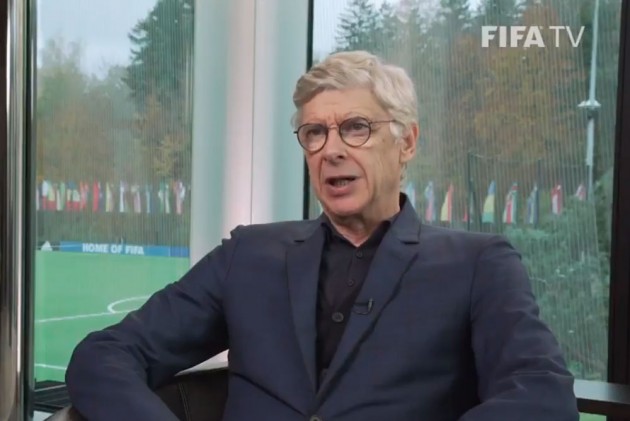 Wenger, 70, spent 22 years in charge of Arsenal until 2018 and had been linked with the vacant managerial position at Bayern Munich in recent weeks, but instead he will take up a new role with the global governing body.

During his time with the Gunners, Wenger was widely considered one of the world's greatest managers and won three Premier League titles, along with seven FA Cups.

The Frenchman built a strong reputation for his forward-thinking style of play and for developing young players, and in his new position Wenger will be tasked with "driving growth" for men and women across the globe.

FIFA says Wenger will also be considered a "leading authority on technical matters" as a member of the Football and Technical Advisory Panels, taking part in the decision-making processes of potential law changes in the sport.

Much of Wenger's role, according to FIFA, will involve focus on coaching education and a programme that is set to encourage former players to become managers.

Of his appointment, Wenger said: "I very much look forward to taking on this extremely important challenge, not only because I have always been interested in analysing football from a broader perspective, but also because FIFA's mission as world football's governing body is truly global.

"I believe that the new FIFA we have seen emerging in recent years has the sport itself at the very heart of its objectives and is determined to develop the game in its many different components. I know I can contribute to this objective and will put all my energy into this."

FIFA president Gianni Infantino is convinced Wenger's experience makes him one of the sport's brightest minds and believes his hiring is proof of the organisation's dedication to football after courting controversy for many years.

"Arsene Wenger's profound knowledge and passion for the different aspects of our game sets him apart as one of the most respected personalities in football," Infantino said.

"I am delighted to welcome him to the team. Since I arrived at FIFA, we have placed football at the centre of our mission, striving to learn from those who know the sport inside out.

"Arsene is someone who, with his strategic vision, competence and hard work, has dedicated his life to football. His arrival is just another example of how we keep strengthening our purpose to bring FIFA back to football and football back to FIFA."