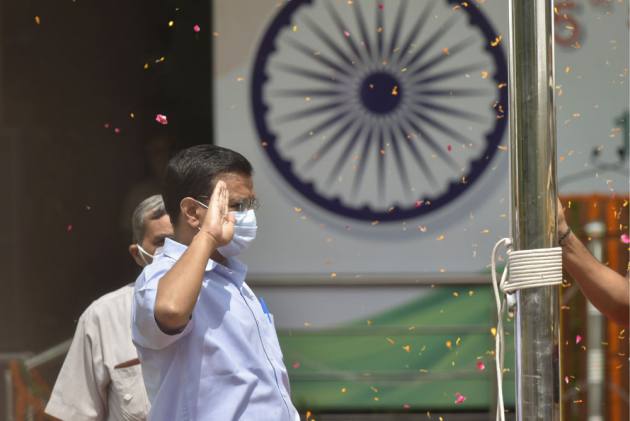 Delhi Chief Minister Arvind Kejriwal on Sunday said the sportspersons of the country will have to prepare for winning 70 medals in the Olympics and also announced that preparations have begun so that the national capital can bid for hosting the mega sporting event after 2047. (More Sports News)

In his Independence Day address at the Secretariat, Kejriwal said the Aam Aadmi Party (AAP) government has set up the Delhi Sports University to realise the Olympic dream and groom talent.

"We have made a sports university. This is not only for Delhiites but for the entire country and there are many objectives behind setting it up. But the first objective is to win a lot of medals in the Olympics and I have full faith that not only the two crore people of Delhi, but the 130 crore people of India will be involved.

"I call upon every sportsperson and those who have the potential to come to the sports university and Delhiites will provide you all with the facilities. We will get 70 (Olympic) medals for our country one day," he said.

Former weightlifter and the first woman to bring home an Olympic medal, Karnam Malleswari, has been appointed as the vice-chancellor of the university.

Kejriwal also applauded the medal winners for being part of the country's most successful Olympic campaign in Tokyo.

"We got seven medals in the Olympics. I congratulate those players on behalf of the two crore Delhiites and thank them for making India proud in the entire world," he said.

The chief minister also said Delhi will bid for the Olympics that will be held after 2047. This year's budget of the city government also had a mention of the government bidding for hosting the 2048 Olympics.

While hailing the Olympic medal winners, he said "we have to think of the future".

"Not seven, but we need 70 (Olympic) medals now. We have to prepare to get 70 medals. If China, America, France can get so many medals, why can't India? Is there a dearth of sportspersons in the country?

"Is there a dearth of talent in the 130 crore people of our country? There is no such thing. If you go to the villages, you will find a lot of talent," Kejriwal said.