Sabalenka, ranked No. 3, trailed 4-2 in the second set before winning four games in a row 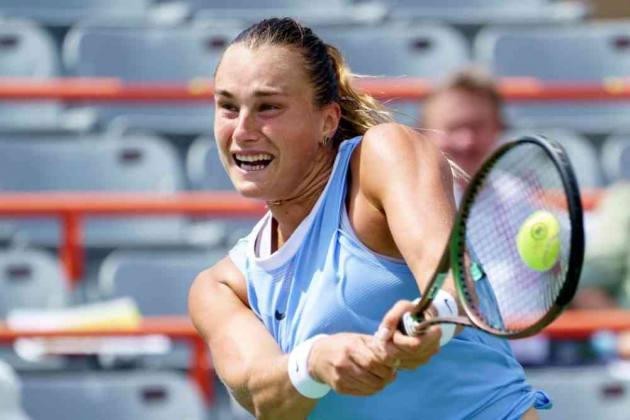 Sabalenka, ranked No. 3, trailed 4-2 in the second set before winning four games in a row. She had seven aces in the 79-minute match.

“I'm really happy with this, it was a tough match,” Sabalenka said.

”(Azarenka) played really well. The second set was a little tricky. I'm really happy that I came back in the end of the set and won it actually.”

“I feel I just didn't take my opportunities,” Azarenka said.

American Jessica Pegula rallied to beat 13th-seeded Ons Jabeur of Tunisia 1-6, 7-6 (4), 6-0 in the late match to set up a semifinal against Italy's Camila Giorgi.

The 27-year-old Pegula, the daughter of Buffalo Bills and Sabres owners Kim and Terry Pegula, won her lone WTA Tour title in 2019, beating Giorgi in the Citi Open final in Washington.

Jabeur won the Viking Classic in June in England to become the first Arab player to win a WTA Tour singles title.

“I think it was a great match,” Giorgi said.

“I think I was very consistent. It was a great level, I think.” (AP)