Jofra Archer had a big role to play in the second Ashes Test and Steve Smith's concussion, but the Australian does not feel cornered 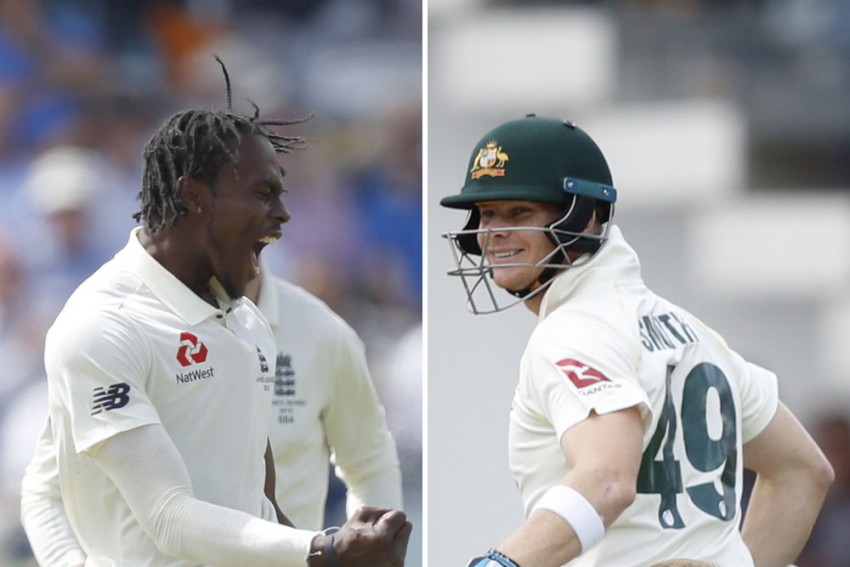 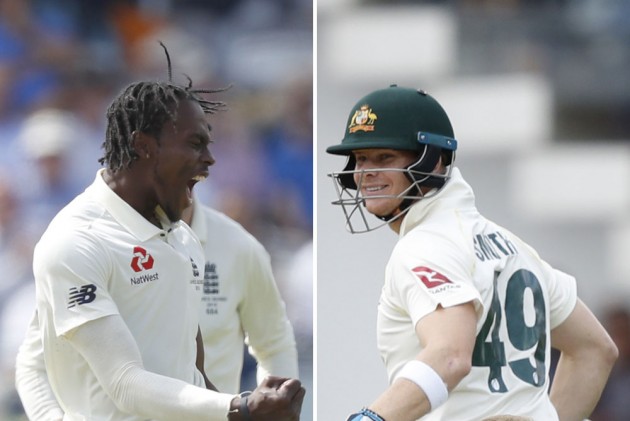 Steve Smith was keen to remind cricket fans that Jofra Archer has not yet taken his wicket in the Ashes while questioning the England paceman's short-ball approach. (More Cricket News)

A gripping spell between Test debutant Archer and Australia talisman Smith in the second Test at Lord's ended with the batsman taking a bouncer to the neck, briefly forcing him off before returning to cheaply give up his wicket to Chris Woakes.

Concussion kept Smith from returning for the second innings as Australia clung on for a draw, while he was not fit to feature in the third Test either, where Ben Stokes' Headingley heroics levelled the series.

However, the former Australia captain is set to return at Old Trafford next week and insisted Archer, seen as a series-turning talent, has not "got the wood" on him.

"There's been a bit of talk that he's got the wood over me, but he hasn't actually got me out," Smith said of Archer. "He hit me on the head on a wicket that was a bit up and down at Lord's.

"All the other bowlers have had more success against me, I daresay. I've faced them a bit more, but they've all got me out a lot more."

6 - @JofraArcher has claimed figures of 6/45; only once before has an @englandcricket bowler taken more in an #Ashes innings at Headingley (Willis - 8 in 1981). Outstanding. pic.twitter.com/pt0O38XrvL

Marnus Labuschagne, Smith's replacement, has also taken a couple of Archer deliveries to the head, yet Australia's star man suggests these bouncers are unlikely to produce wickets.

Smith added: "If they’re bowling up there, it means they can't nick me off, or hit me on the pad, or hit the stumps.

"With the Dukes ball... I don't know, that's an interesting ploy."

Smith's temporary absence has prompted greater discussion of concussion in cricket, particularly given he was initially allowed to return to the crease at Lord's as his symptoms were delayed.

But the 30-year-old is happy with how the incident was handled, highlighting the pitfalls of a change that would see batsmen withdrawn after taking any hit.

"I felt pretty good, passed all my tests and was able to go and bat," he said. "Then it wasn't until later that evening that it hit me.

"As we've seen this series, there have been so many head knocks already. Marnus [has been hit a few times, Jos [Buttler] got hit at one point, Stokesy's been hit.

"If you're ruling people out from just hits every now and again, we won't have a game."