Marnus Labuschagne is gaining an increasing familiarity with the questions in concussion tests after taking another blow at Headingley. 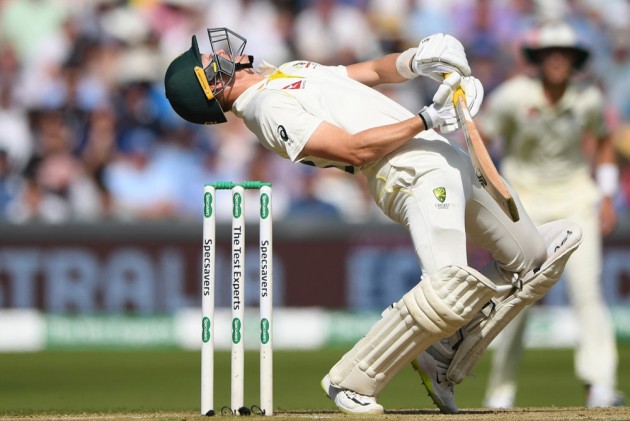 Marnus Labaschagne joked he is "getting pretty good at answering the questions" in concussion tests after taking another Jofra Archer bouncer to the head in the third Ashes Test.

Labaschagne became the first concussion substitute in the second match at Lord's when star Australia batsman Steve Smith was unable to continue following a blow from England ace Archer.

The stand-in was himself then struck by Archer but battled on to prove his worth in a hard-fought draw, earning a place in the team for the third match as Smith failed to recover in time.

Labaschagne improbably took another whack from the fast bowler early on Saturday in Leeds and received his second concussion test of the series, later acknowledging an increasing familiarity with the process.

"I'm getting pretty good at answering the questions," he told reporters. "I remember the questions from two days ago.

"You don't like getting in the head but it wakes you up. To be fair, today was a bit stiff.

Labuschagne cops another Archer bumper on the grille of his helmet! Just like at Lord's, he bounces straight back up.

"It came back a long way, I kept trying to sway and sway and ran out of room - my back's not that flexible. You just want to make sure you're watching the ball.

"It's a bit of a laugh now. He comes on and I say, 'Doc, I'm fine'. He knows now. If I do get hit properly, there will be a clear difference. The last two have been glancing blows."

Asked how the concussion tests go, Labaschagne continued in good humour as he reeled off examples of questions.

"'Who's the bowler at the other end?' 'Who's the last wicket?' 'How was he out?' Who you're playing against," he said. "You don't want to get that one wrong.

"You're only playing one team; if you get that wrong, you're probably getting marched off!"