Australia captain Tim Paine needs a return to form or his place could be at risk during the Ashes. 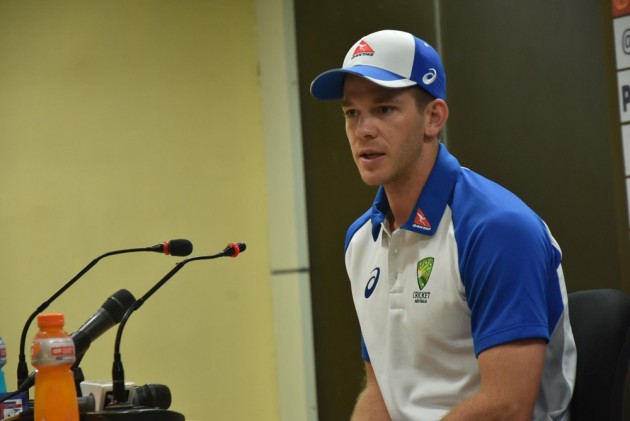 Tim Paine could be a man under growing pressure if Australia make a slow start to the Ashes, but he can silence his doubters quickly.

Paine took over the Test captaincy early last year with his nation reeling in the wake of the ball-tampering scandal that included bans for skipper Steve Smith and vice-captain David Warner.

Widely considered the best gloveman in Australia, Paine has done an admirable job since taking the helm and will lead his country into the Ashes against England beginning on Thursday.

But has the 34-year-old, who has played 21 Tests, completed his task, now that leaders Smith and Warner are back?

Paine is without a Test ton and he averages 35.14, often able to produce some handy lower-order contributions, having made five half-centuries.

However, if his dip in form continues it could quickly lead to questions over his spot in Australia's line-up in England, particularly if those above him in the batting order are incapable of delivering the runs the tourists need in what are sure to be bowler-friendly conditions.

Since his nation's last Test against Sri Lanka ended in February, Paine has played in six matches, making just 163 runs at an average of 18.11 for Tasmania and during Australia's warm-up games.

Test skipper Tim Paine hard at work facing the Dukes ball from Bird, Tremain, Holland and co at the Australia A camp in Brisbane pic.twitter.com/hYcTYy8JJx

Where the pressure really starts to build is with a look at the form of Matthew Wade, whose runs led to his inclusion in the 17-man squad.

Wade impressed in English conditions during Australia A's tour, making scores of 117, 155, 41 and 42, before another century for an Australian XI against the England Lions.

Paine and Wade may yet be picked in the same XI during the Ashes, but if the former's struggles continue, selectors may opt for a special batsman and give the gloves to the 31-year-old, giving up some polish behind the stumps in favour of potential runs.

Australia head coach Justin Langer is a fan of Paine's – the "toughest pretty boy" he has met – while he talked up their relationship in the lead-up to the Ashes.

Given the difficult period he has taken Australia through, Paine well and truly deserves his chance, but he must turn his form around or the pressure, and desperation to win the Ashes, could lead to change.