With a lead of 282 runs On Day 3, Australia are in a prime position to win the second Test. A loss for England in Adelaide would leave the visitors 2-0 down in the series and needing to win all three remaining tests to regain the Ashes. 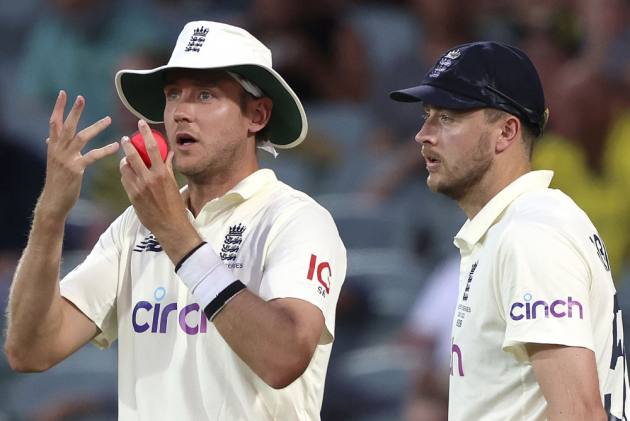 Mitchell Starc's milestone in day-night Test matches has left Australia in command of the second Ashes Test, with the home side taking a 282-run lead to stumps on day three with nine wickets in hand.

England capitulated from 150-2 to be all out for 236 in reply to Australia's first-innings total of 473-9 declared.

Australia captain Steve Smith decided against enforcing the follow-on before the home side went to stumps Saturday at 45-1 with David Warner the man run out after a mid-wicket mix-up.

Under-pressure opener Marcus Harris survived both that and a crucial 17-over period under lights to finish unbeaten on 21 along with night-watchman Michael Neser (2).

No bowler enjoys using the pink ball as much as the left-hander, who claimed 4-37 in the first innings at Adelaide Oval. His record now stands at 50 wickets — 18 ahead of next-best Josh Hazlewood — at an average of 18.10 in day-night tests.

Cameron Green was also influential for Australia on Saturday with 2-24, claiming the key wicket of Joe Root and ending a 138-run stand between the England skipper and Dawid Malan.

Green beat Root twice in the over in the lead-up to catching his edge on 62 before Starc had Malan caught in the slips six overs later for 80.

After claiming Rory Burns’ wicket under lights on Friday night, Starc also had Jos Buttler out for a duck as part of an 18-over period of 4-19 for England.

It continued a poor game for wicketkeeper Buttler, who dropped century-maker Marnus Labuschagne twice, including on 21 before he went on to post 103.

Australia's Nathan Lyon also had a big influence, taking 3-58 on a pitch where England opted against playing a specialist spinner.

Australia will now likely try to bat through until the twilight session on Sunday before leaving England with the best part of four sessions to save the match.

A loss for England in Adelaide would leave the visitors 2-0 down in the series and needing to win all three remaining tests to regain the Ashes.