England have their top seven already fixed for the first Ashes 2021-22 Test vs Australia. The call for the final playing XI will be taken just an hour before the toss on Wednesday in Brisbane, said ECB. 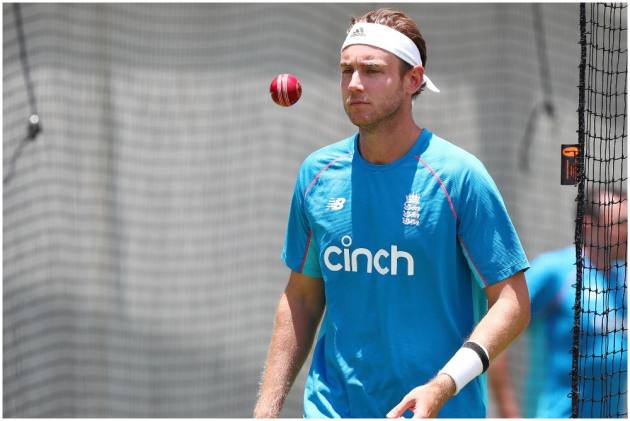 James Anderson is sidelined but his fellow pace veteran Stuart Broad is in contention to play in the Ashes series opener after being included in a 12-man England squad on the eve of the first Ashes 2021-22 Test against Australia. (LIVE STREAMING)

Broad, Chris Woakes, Mark Wood and Ollie Robinson were all included as specialist pace bowlers, along with star allrounder Ben Stokes and left-arm spinner Jack Leach. Broad hasn’t played a Test since injuring his calf muscle in August during England’s series against India.

England said in a statement Tuesday the starting lineup would be confirmed at the coin toss on Wednesday, a half-hour before the Test is set to start at the Gabba.

Haseeb Hameed and Rory Burns are set to open the batting, with Dawid Malan, skipper Joe Root, Stokes and Ollie Pope in the top six. Jos Buttler has been confirmed as a wicketkeeper, leaving most of the questions over the balance of the bowling attack.

The return of Stokes from time out for a mental health break and a finger injury gives England an extra seam option, which could also help Leach’s chances of selection. Leach played the last of his 16 tests in India in March.

“Whichever XI we take the field with, we’ll be very confident,” Buttler told a news conference Tuesday. Buttler said the 39-year-old Anderson, England’s all-time leading wicket-taker in Test cricket, appeared to be fit and the decision to rest him for the Gabba test was precautionary ahead of a long, five-test series.

Anderson is on his fifth Ashes tour and has played 18 tests in Australia, including England’s drought-breaking 2010-11 series victory. Broad, 35, was also part of the 2010-11 winning squad and is on his fourth Ashes tour.

Buttler also said he’d faced Broad in the nets in practice, and Broad was “good to go.” England haven’t won a Test match at the Gabba since 1986. It has lost nine and drawn one of its 10 Tests in Australia since that series triumph a decade ago.