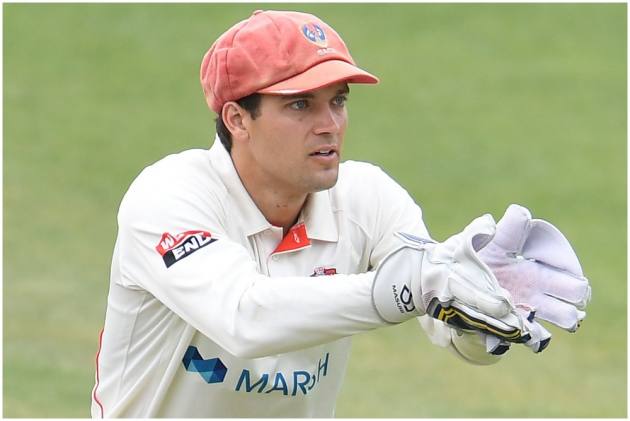 Alex Carey is all set for his Test debut after he was named as a replacement for wicketkeeper Tim Paine in the 15-member squad for the first two Ashes 2021-22 Tests against England, Cricket Australia announced on Thursday. The first Test starts at Gabba, Brisbane on December 8. (More Cricket News)

Former skipper Paine stepped down from his position in the wake of a sexting scandal before quitting cricket. Pat Cummins has been named as Australia Test captain following the resignation of Paine. Steve Smith will be Cummins’ deputy.

“I am incredibly humbled by this opportunity. It’s an exciting build-up for what is a huge Series ahead. My focus is on preparing and playing my part in helping Australia secure the Ashes,” said Carey, who will be 461st to get the baggy green.

“This is also for my dad who has been my coach, mentor and mate, my mum, my wife Eloise, kids Louis and Clementine, my brother and sister and all of those who have supported me. I will be doing my absolute best to make them and our country proud,” Carey added.

Playing for South Australia in the Sheffield Shield this season, Carey has managed 153 runs in eight innings with a highest of 66 not out. The left-hander got back in form scoring 101 against Queensland in the One-Day Cup match at the end of last month.