Live Streaming, Ashes 2021-22: When And Where To Watch AUS Vs ENG Cricket Series

England's tour of Australia for the Ashes cricket series 2021-22 starts with the first Test at the Gabba, Brisbane on December 8. Check schedule, squads, TV channels and live streaming details here: 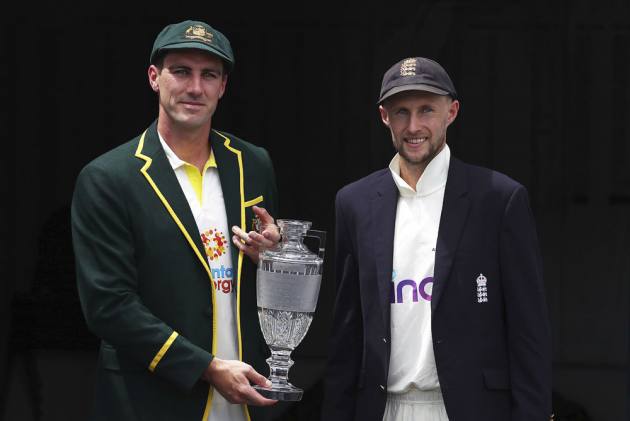 The latest edition of cricket's oldest rivalry between traditional foes, Australia and England, started Wednesday (December 8) at the iconic Gabba, Brisbane with Pat Cummins marking his captaincy debut with a sensational five-wicket haul. But it's the appetiser. The five-match series will be part of the 2021–2023 ICC World Test Championship. Australia are the holders of the urn, having retained the previous series in 2019 after a draw 2-2 in England. Australia won the 2017–18 series 4-0 at home. Now, the onus is on England.

The Ashes 2021-22 was originally scheduled to finish with the final game at the Perth Stadium. But the Cricket Australia (CA) confirmed on Monday (December 6) that the fifth Test will be moved out of Perth due to coronavirus pandemic-related restrictions. The bio-security requirements in Western Australia would have required players to quarantine on arrival. CA is yet to name a replacement venue.

In the run-up to the Ashes 2021-22 series, racism and sexting scandals rocked England and Australian cricket camps.  England arrived in Australia as Azeem Rafiq detailed allegations of institutional racism he experienced at English captain Joe Root’s Yorkshire. Tim Paine then quit as Australia captain before taking a leave of absence after a sexting scandal surfaced. Australia have since named Pat Cummins as the captain with former skipper Steve Smith as his deputy.

Australia and England have met 351 times in Test cricket. Australia lead the head-to-head record 146-110. 95 matches have ended in draws. In the last ten matches, Australia lead 6-2. But England won the last meeting by 135 runs at The Oval, London in 2019.

At home, Australia have won 95 of the 180 Test matches played against England. They are unbeaten in the last ten Ashes matches at home. England's last win in Australia was at Sydney Cricket Ground in 2011. England have won 57 times in Australia.

This will be the 81st Ashes series between Australia and England, and 43rd in Australia. Australia lead the series head-to-head record 39-32. Nine series have ended in draws. At home, Australia have won 24 series. England have won 14 Ashes series Down Under.

Which channel will telecast the Ashes 2021-22 cricket series live?

Sony Pictures and Sports Network has the broadcast rights for the Ashes 2021-22 cricket series. All five Australia vs England Test matches will be telecast live on Sony Six.

How to live stream the Ashes 2021-22 cricket series between Australia and England?