Perth is scheduled to host the fifth Ashes Test starting January 14. But the strict COVID-19 restrictions enforced by the West Australian government has led to doubts. 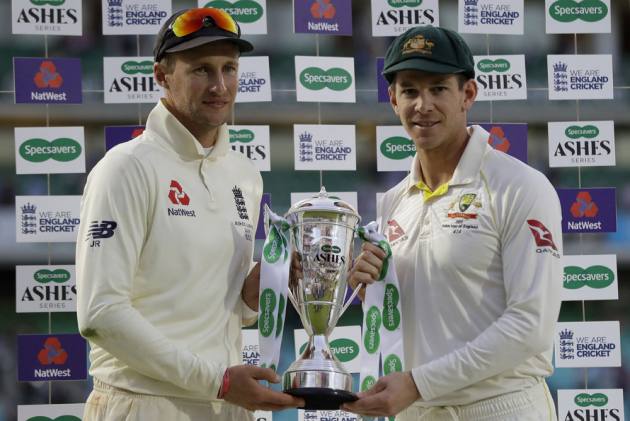 Cricket Australia CEO Nick Hockley on Monday said the board is "working actively and constructively" to ensure the final Ashes Test takes place in Perth while also insisting that families of the players will be allowed to make the trip to the Western Australian city. (More Cricket News)

Perth is scheduled to host the fifth Ashes Test starting January 14. But the strict COVID-19 restrictions enforced by the West Australian government has led to doubts that final fixture may have to be moved to another city.

"Cricket is a non-contact sport, we've shown through last season that our cricketers are very responsible in terms of complying with all the biosecurity protocols," Hockley told 'The Sydney Morning Herald.'

CA was faced with a similar COVID-19 situation last year during the home series against India but were able to pull off all the fixtures as per schedule.

"There's a lot of experience now of being able to play elite level sport at Perth Stadium while being in a biosecure environment, and that's the detailed discussion that is going on at the moment with the WA government.

"It'd be the first Ashes Test at the new stadium, it's a magnificent stadium, we know Perth will turn out in really big numbers.

"So we're working very actively and constructively on being able to play in Perth in a way that provides a fantastic experience for both sets of players, but also keeps the WA community safe," Hockley added.

There had been a lot of speculation over the series with many England players including Test captain Joe Root raising concerns over travelling with family members amid strict COVID restrictions Down Under, with some even mulling pulling out of the tour.

While travel to to Adelaide, Melbourne and Sydney may not pose a challenge, WA's strict border restriction remains a hurdle.

However, when asked about the arrangements, Hockley said the families of the players would also be able to make the trip to Perth from Sydney.

"Our commitment is, one, that we complete the tour safely but also, two, it's a fantastic experience for both squads, so there's no suggestion (families wouldn't join the teams in Perth)."

"We've got great previous experience of having played in WA in quarantine conditions through the BBL last year - we played five matches in January last year at Perth Stadium," he added.

In order to convince the English players to go ahead with the series, CA took additional insights from a top bureaucrat from the Queensland government.

"What we've done all the way through is brought in all the relevant experts, whether it's medical experts or others," Hockley said.

"So we had support from one of the senior bureaucrats who's been supporting us with the inbound quarantine arrangements, so state government.

"We also have to understand it's a different perspective - England have throughout the course of their summer certain arrangements, England's been open much more, whereas they hear of lockdowns and those kinds of things here," he added.