Ashes, ENG Vs AUS, 5th Test: Australia Bring In Mitchell Marsh For Travis Head As England Made Couple Of Changes

Travis Head has been left out of the Australia team for the fifth and final Ashes Test against England at The Oval, London with Mitchell Marsh coming in as his replacement. Meanwhile, hosts England have made a couple of chances of their own 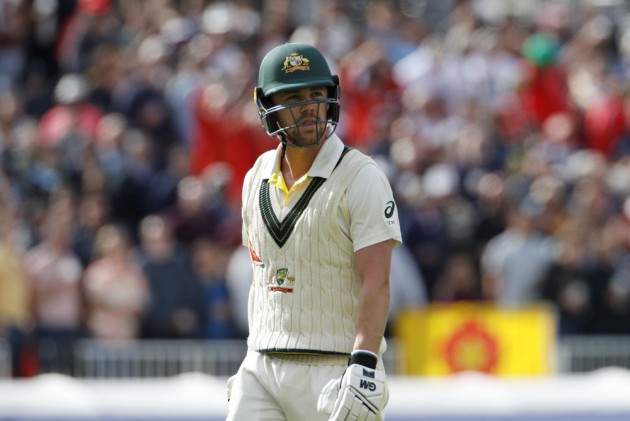 Mitchell Marsh has been preferred to vice-captain Travis Head in the only change to Australia's squad for the final Ashes Test at The Oval, but the hosts England have made a couple of changes with Jason Roy and Craig Overton making way for Sam Curran and Chris Woakes respectively.

All-rounder Marsh will make his first appearance of the series against England as the tourists strive to win the series after going 2-1 up to retain the urn at Old Trafford Test last weekend.

Batsman Head has made just one half-century in the series and captain Tim Paine says Marsh was selected to ease the bowlers' workload.

"Looking at the conditions and the series being a long and tough one, we've kept the bowling group that was together for the last Test match.

"They've bowled a lot of overs and we feel that bringing Mitchell in will ease a little bit of the workload on them.

"It was a really tough call on Travis Head, who's had a great start to his Test career but we wanted a bit more bowling depth in the squad to cover what looks like a really good wicket and to be able to look after our big, fast bowlers.

"Mitchell Marsh has also had a couple of hundreds in Test cricket so we've got full faith in him doing the job with the bat as well."

JUST IN: Australia have made a surprise selection call for the fifth #Ashes Test https://t.co/sLsfdhGfno pic.twitter.com/6KzyeZnXJv

Paine added: "The reason Travis isn't playing is because we felt like we needed a little bit of extra bowling at the end of a long series.

"Mitch Marsh is our all-rounder and like we have with our bowlers, it's not necessarily Travis being dropped.

"We've been really clear with Travis on why he's not playing this game. He's had a fantastic start [to his Test career], he's played nine or 10 Tests and has got a very healthy average but we want to get the make up right to win this Test match.

"Unfortunately we had to make a really tough call on someone and it happened to be Travis. He's a huge part of Australian cricket future, he's a gun young player and he's getting better all the time.

"It's disappointing for him he's not playing in this Test match. He'd dearly love to, obviously, but we'll go back to Australia, conditions will be different. There's no doubt he's in the top six or seven batsmen in our country."

England replaced Jason Roy and Craig Overton with Sam Curran and Chris Woakes for the fifth Test, which starts on Thursday.