Overall, Pat Cummins is the 14th player to bag a five-for on Test captaincy debut and first since Afghanistan Rashid Khan who had five-fors in both innings against Bangladesh at Chattogram in September 2019. 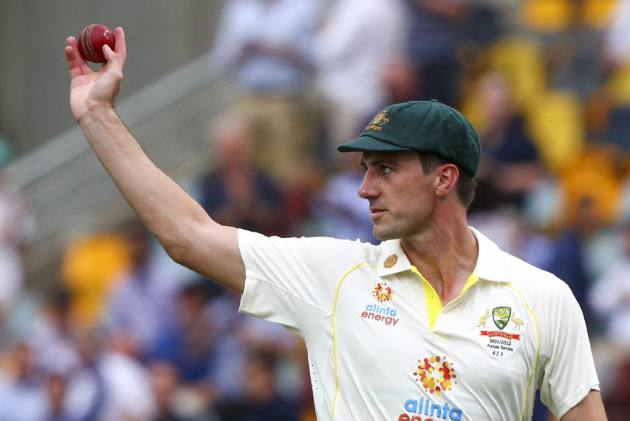 Pat Cummins became only the second Australian to claim a five-wicket haul on captaincy debut in Tests. The right-arm fast bowler achieved this feat by taking five for 38 off 13.1 overs on the opening day of the first Ashes Test against England at Brisbane Cricket Ground, Woolloongabba, Brisbane Wednesday (December 8).

George Giffen picked up six wickets for 155 runs in England's second innings in his maiden Test as captain at Melbourne in December 1894. Overall, Pat Cummins is the 14th player to bag a five-for on Test captaincy debut and first since Afghanistan Rashid Khan, who had five-fors in both innings against Bangladesh at Chattogram in September 2019.

Pat Cummins also became the 47th player to lead Australia in Tests. He led Australia for the
first time after playing 34 Test matches.

** England were bowled out for 147 in 50.1 overs. It was the fifth-lowest all-out total for England in the very first innings of a Test series in the last 100 years (excluding one-off Tests). Only once they recorded a lower total after electing to bat in this period -- 134 in 59.4 overs against Australia at Brisbane in 1958.

** Australian fast bowler Mitchell Starc dismissed England’s opening batter Rory Burns off
the first ball of the match. It was the third instance of a wicket falling on the very first ball of an Ashes Test series. The first occasion was in 1894-95 at Melbourne when Arthur Coningham dismissed England opener Archie MacLaren, caught by Harry Trott. The other occasion was back in 1936 also at Brisbane, when England opener Stan Worthington was dismissed, caught behind off the bowling of Ernie McCormick.

** The duck off the first ball of the match was Rory Burns’ sixth this year. It was the most for an opening batter in a calendar year. Indian Pankaj Roy (in 1952) and England’s Michael
Atherton (in 1998) had five ducks each. Rory Burns is also the only player with more than five Test ducks in a calendar year while batting in the top seven.