Ashes: 'How Much Does It Mean, Representing Your Country?' Glenn McGrath Asks England Players

For Glenn McGrath, too much bromance between England and Australian players, which he largely attributed to IPL and Big Bash, was taking away the required passion while representing the country. 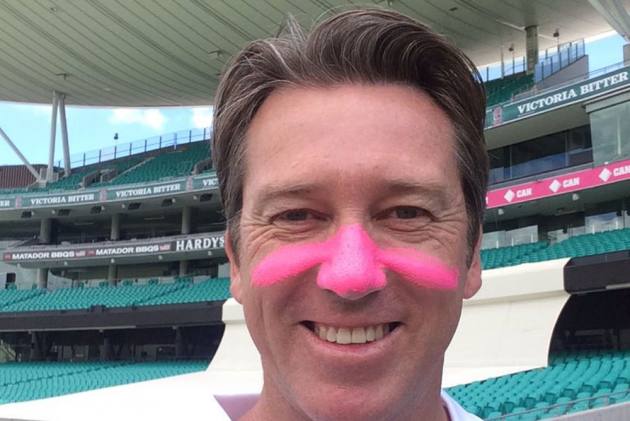 The legendary Glenn McGrath on Friday loathed the lack of aggression from England players in the ongoing Ashes series, saying he would prefer to see a close battle in the ultimate contest instead of "political correctness". (More Cricket News)

For McGrath, too much bromance between England and Australian players, which he largely attributed to IPL and Big Bash, was taking away the required passion while representing the country.

"It can be a little bit too nice sometimes. That's the way everything's going, isn't it? There's a lot of political correctness. People are a bit nervous about being aggressive and playing hard," McGrath was quoted as saying by Syndey Morning Herald.

"I remember, when Nasser Hussain came out here with England, they weren't even allowed to talk to us or say 'G'day'."

The Australians have this habit of shortening the longer words but McGrath is aghast to see the nick names floating around.

"Every time you hear one of the English or Australian players interviewed, they use a nickname.

"Broady, Jimmy, Kez. I was asking the other day, 'Who’s Kez?' 'Oh, Alex Carey.' They’re a lot more familiar with each other than we were when I played."

England are down 0-2 in the series but it did not show if the bashing by the hosts was causing any hurt. The England players were chatting around nicely with the home players.

"It's all about body language. How much does it mean, representing your country? England have to go back to the drawing board and have a real good think about this."

"With the IPL and the Big Bash, these players know one another well. You see batsmen and bowlers joking around. I’d like to see some emotion out in the middle."

McGrath was all for a spectacle out there in the middle.

"I'd love there to be more of a battle. Australia aren't going to take their foot off the throttle, now that they have Pat Cummins coming back.

"James Anderson looks like he's down on pace, and the ball's not swinging. This could get pretty ugly very quickly."

He urged the visitors to add some aggression to their game and suggested that they unleash Mark Wood.

"If you've got someone bowling over 150 km/h, you want to play him as often as you can. Ben Stokes hasn’t looked good, so for him to come out in Adelaide and play the enforcer role was a big ask.

"They needed Wood. Any bowler with that speed is a rarity. Look at what Jofra Archer did to Australia in 2019. Not to use an out-and-out quick on a deck like Adelaide is surprising. Ollie Robinson will take wickets, but he’s not going to blast teams out, especially in Australian conditions."

"......To turn things around they have to be much more aggressive. For all of us, the Ashes is the ultimate. All we want is to see a battle that's close."