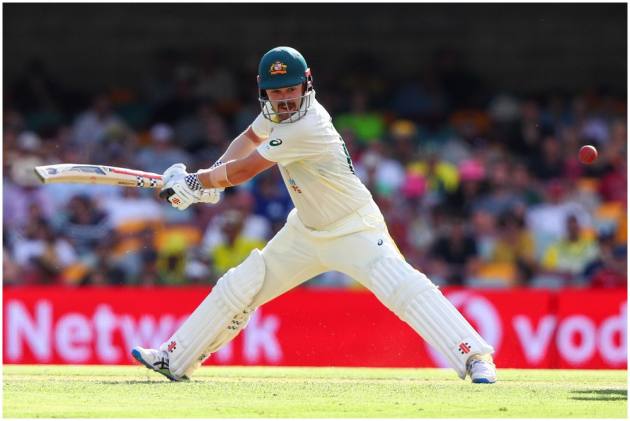 Australian Travis Head notched up his first century against England by when he remained unbeaten at 112 (95b, 12x4, 2x6) as his team reached 343/7 at the end of Day 2 in the first Ashes 2021-22 Test at the Gabba in Brisbane on Thursday. (More Cricket News)

The left-hander’s first century against England came in the ninth innings of five Test matches. Overall, this is Travis Head’s third hundred in 32 innings in 20 Test matches. Head reached his ton in 85 balls. (Live Streaming)

It was the third-fastest Ashes century after former Aussie wicket-keeper Adam Gilchrist’s 57-ball onslaught at Perth in 2006-07 and England’s Gilbert Jessop's 76-balls ton at The Oval in 1902.

Travis Head's hundred is also the fastest known Test century at this ground. The previous fastest was off 102 balls by fellow countryman Joe Burns against New Zealand in 2015. All of Travis Head’s 112 runs came in the final session. He also became the first to score a Test century in a session at this ground.

Only two batsmen have scored more runs in a session than Travis Head’s 112 not out in Tests since 2016. England’s Ben Stokes smashed 130 runs against South Africa in the morning session on Day 2 in Cape Town.

India opener Shikhar Dhawan scored 126 runs against Sri Lanka in the second session on the first day of the Galle Test in 2017. Meanwhile, Australia opener David Warner played 30 false shots in all including the chipped drive to mid-off which saw him fall six runs short of his 25th century.

Warner scored 94 off 176 balls with 11 fours and two sixes in Australia’s reply to England’s 147 all out, just one run short of his entire 2019 Ashes series tally. David Warner and Marnus Labuschagne shared their fifth-century stand and become the second-fastest Australian duo behind Don Bradman and Bill Ponsford to reach 1000 runs together.

The Warner-Labuschangne duo did so in just 11 partnerships. Bradman and Ponsford got there in only nine innings together. Only two other Test pairs completed a 1000 partnership runs in fewer innings than Labuschagne and Warner – England's Jack Hobbs and Herbert
Sutcliffe (8) and Pakistan’s Hanif Mohammad and Saeed Ahmed (10).

Jack Leach's economy rate during the 11 overs he bowled on the second day is 8.63, costing
95 runs. Only one player has had a worse economy rate while bowling 60 or more balls in a Test innings – 8.85 by Pakistan spinner Yasir Shah against Australia at Sydney in 2017.