India, China, Korea, Japan, Malaysia, Thailand, Indonesia and Singapore will be playing in the Asia Cup from where top four sides will qualify for the FIH Women's World Cup 2022. 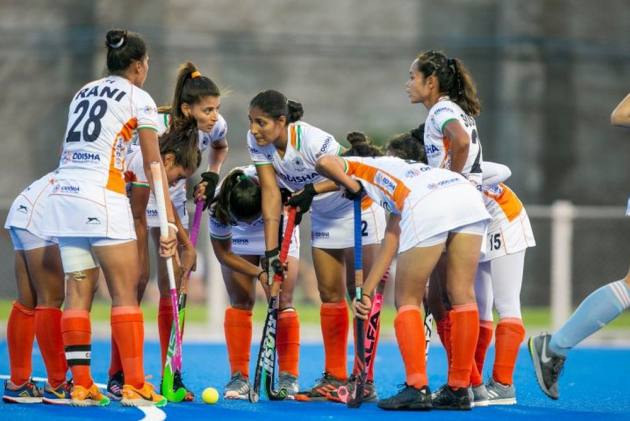 Defending the title at the women's Asia Cup and sealing a direct berth in the FIH World Cup later will be the key focus for India as it will set the tone for the side ahead of a busy season, said team's vice captain Savita. (More Hockey News)

The Indian women will begin the new year with a trip to Oman in January where they will defend their Asia Cup title to be held from January 21 to 28.

Top eight teams of the continent -- India, China, Korea, Japan, Malaysia, Thailand, Indonesia and Singapore -- will vie for the top honours in the Asia Cup from where top four sides will qualify for the FIH Women's World Cup 2022 to be held in Spain and the Netherlands in July.

"In 2017, we won the Asia Cup to win direct qualification for the FIH Women's World Cup in London. I feel that win was one of the stepping stones for us to establish steady growth in our performance in the past four years.

"Definitely starting the season with a good show in Asia Cup will give us the right momentum as we play back-to-back tournaments," ace goalkeeper Savita in a Hockey India statement.

After the conclusion of the Asia Cup, the Indian women will make their FIH Pro League debut, playing against Netherlands, Spain, Germany and England in Bhubaneswar.

The Indian will then travel to Belgium and the Netherlands to play against Belgium, Argentina and USA in June.

"I feel the Pro League matches will provide us with the best exposure ahead of the World Cup (in July). Last time, we made it to the quarterfinals for the first time in many decades.

"With our recent performance in the Olympics, and the support we garnered, we need to live up to the expectations by doing well in these major competitions to keep the interest alive in women's hockey," Savita said.

That follows the Indian women team's two big assignment of the year -- Birmingham Commonwealth Games in July followed by the 19th Asian Games in Hangzhou, China, where they will aim for a gold to seal a direct qualification for the the 2024 Paris Olympics.

The Indian women will wrap up the season with the FIH Women's Nations Cup in December which will be played in Valencia, Spain.

"Having a good core group in such a hectic year will mean a lot in terms of ensuring our performance doesn't drop whenever someone needs to fill in for another player," added Savita.