Asia Cup Postponed Until June 2021 Due To Coronavirus Pandemic

A day after BCCI boss Sourav Ganguly announced the cancellation Asia Cup, Asian Cricket Council said that the tournament has been postponed until June 2021 due to COVID-19 pandemic 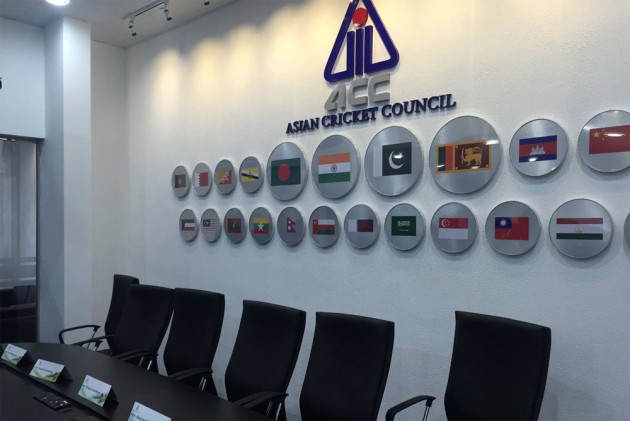 The Asian Cricket Council (ACC) on Thursday postponed the Asia Cup tournament, scheduled for September this year, until June 2021 owing to an upsurge in COVID-19 cases in the region.

The development further clears the way for the Indian Premier League, which the franchise-based event's organisers are trying to hold from September to November with the T20 World Cup also set to be deferred.

This comes a day after BCCI president Sourav Ganguly announced cancellation of this edition of the continental tournament, the hosting rights of which was with Pakistan.

With the Asia Cup pushed back by a year, the ICC too is now expected to announce the postponement of the T20 World Cup, scheduled to be held in October-November.

"After careful consideration and evaluating the impact of the COVID-19 pandemic, the Executive Board of the ACC has decided to postpone the Asia Cup tournament that was scheduled for September 2020," the Asian Cricket Council tweeted.

"The Executive Board of the ACC has met on multiple occasions to evaluate the impact of the COVID-19 pandemic on the Asia Cup tournament..." the ACC said in a statement.

The ACC Board, of which both Ganguly and BCCI secretary Jay Shah are part of, could not afford to ignore the health risks involved in hosting the tournament.

"From the onset the Board was keen on organising the tournament as per the original schedule. However, travel restrictions, country-specific quarantine requirements, fundamental health risks and social distancing mandates have posed as substantial challenges to the holding of the Asia Cup.

"Above all, the risks related to health and safety of participating players, support staff, commercial partners, fans and the cricketing community were deemed to be significant," the release further stated.

The organisers of the Asia Cup 2020, Pakistan Cricket Board (PCB), has exchanged hosting rights for the tournament with Sri Lanka Cricket (SLC) due to security reasons.

"...Accordingly, the (ACC) Board, after careful consideration of all the above factors, has determined that the Asia Cup 2020 be postponed. Conducting the event in a responsible manner remains the priority of the ACC and the Board is hopeful that the tournament will be held in 2021."

Through this arrangement, the SLC will now host the rescheduled Asia Cup expected in June 2021, while the PCB will host the 2022 edition.

"The ACC is currently working towards securing June 2021 as a suitable window for the same."

While the postponement was on the cards for the longest time, Ganguly stealing away the thunder from PCB bosses Ehsan Mani and Wasim Khan by announcing the decision one day earlier didn't go down well with the two top men in Pakistan cricket.

While there was no formal comment from the PCB, a source close to the duo said that protocol meant that the hosts would have ideally announced a postponement.

"They are not happy since Pakistan was the official hosts of the Asia Cup and secondly they feel this announcement should have come through the ACC. Ganguly's announcement makes it clear that BCCI wanted postponement," the PCB official said.