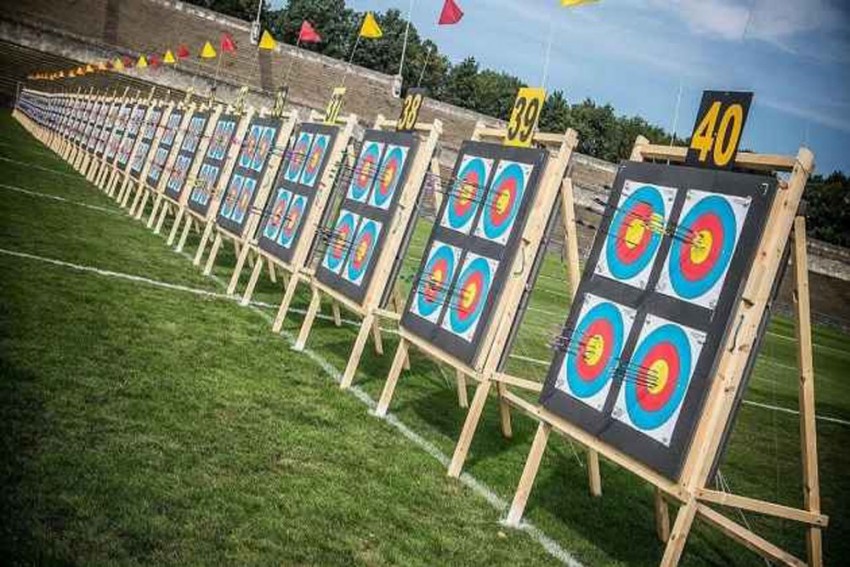 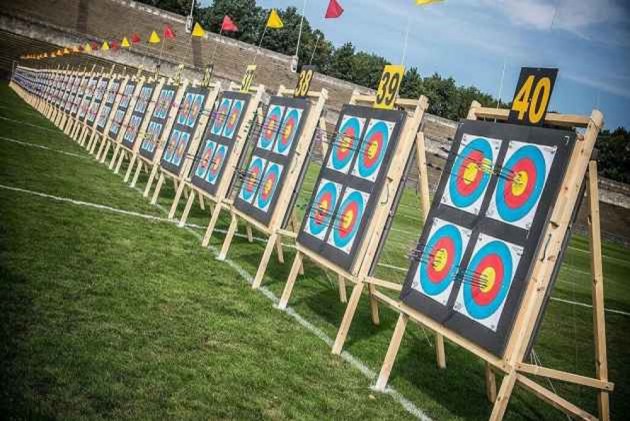 Abhishek Verma and Jyothi Surekha Vennam claimed the top honours in compound mixed pair event to fetch India's lone gold at the 21st Asian Archery Championships, which ended at Bangkok on Wednesday with the country picking up seven medals in all.

Earlier in the day, Verma endured some disappointment, missing the compound team gold medal by just one point when the side lost to Korea 232-233 to settle for a silver.

The top-seeded trio of Verma, Rajat Chauhan and Mohan Bhardwaj were 58-58 in the first end but the Korean team of Jaewon yang, Yonghee Choi and Eun-Kyu Choi slowly seized the momentum by taking a one-point after the second end.

Three 9s in the penultimate end proved costly for the Indians as the Koreans took a crucial three-point lead.

In the final end, the Indians shot 59 compared to the Korea's 57 but it was not enough.

Defending their title in the compound women's team event, Jyothi, Muskan Kirar and Priya Gurjar also lost the battle to Korea, going down 215-231 in a one-sided affair.

But Verma and Jyothi returned strongly in the compound mixed pair final.

They made a solid start, shooting 39, including two Xs (closest to the centre), from a possible 40 to lead by two points in the first end.

The second end turned out to be a perfect 40 for the Indians as they extended their lead by four points midway into the gold medal clash.

Verma and Jyothi maintained their consistency in the third end to shoot 39 together. It gave them a six-point cushion going into the final end where they once again shot a perfect 40 to seal the issue.

Suspended by the World Archery after the national federation failed to adhere to the guidelines in holding two parallel elections, the Indian archers were permitted to compete under a neutral flag at the Bangkok national archery field here.

This was done primarily to allow them to compete in the Olympic qualification competition slated for Thursday.

The men's team has already secured Olympic quota from the World Championships. The women's team will look to bag the berths from the continental championship which is offering six places for next year's Tokyo Olympics.

NZ Vs ENG: There's No Time Or Place For It – Jofra Archer Condemns Racist Abuse