India's recurve men's and women's teams defeated Bangladesh and Vietnam respectively in the semifinals of Asian Archery Championships. The third Indian team to qualify for the final is the compound mixed pair who beat Kazakhstan. 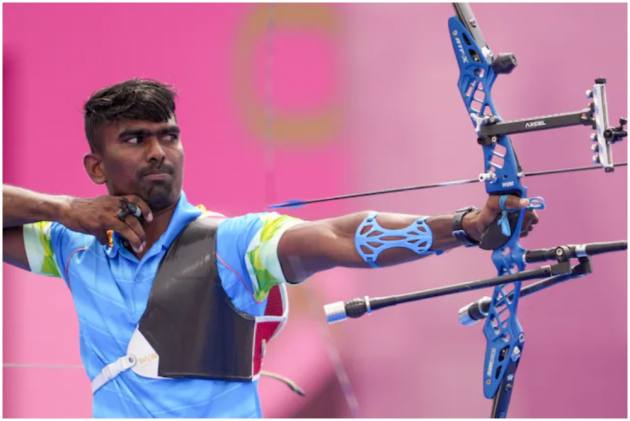 India entered the finals of the men, women and mixed team events of the Asian Archery Championships on Tuesday, assuring the nation of at least three medals in continental showpiece here. (Other Sports News)

India also remained in the hunt for three bronze medals in the compound men, women and recurve mixed team events after losing their respective semifinal matches.

Top seed Korea, who has been their perennial nemesis in almost every international competition, will once again stand in India's gold medal way in all three events. The archery heavyweight nation, Korea, are in line for a clean sweep at the continental showpiece.

India had on Monday kept themselves in the hunt for two medals in the individual compound section, with one being assured.

Making amend for their below-par show in the individual section on Monday, the recurve archers stepped it up in the team events when the second-seeded men and women team’s secured contrasting semifinal wins to confirm two medals.

Third seed Bangladesh, on the other hand, gave Kapil, Pravin Jadhav and Parth Salunkhe a stiff challenge in the men's recurve team semifinal when the local favourites raced to a 3-1 lead. But the Indian trio forced a tie-breaker making it 4-4 (53-53, 53-56, 56-56, 56-55) before sealing a final berth in a thrilling shoot-off which also went to a tie.

Both the teams shot 10, 9 and 8 but the Indians were declared winner with their 10 being closest to the centre. Having got a bye into the quarters, second seed India started off beating Saudi Arabian 6-0 in the recurve men's team event.

India advanced into their third final in the compound mixed pair section where the duo of Rishabh Yadav and Jyothi Surekha Vennam made full use of the small six-team field to advance with an easy 156-154 win over Kazakhstan.

Seeded second, the Indian compound mixed team got a bye into the semifinal. Bangladesh went on to avenge their recurve men's team semifinal defeat by winning their recurve mixed pair semifinal to book a summit clash with top-seed Korea.

Kapil and Ankita started off on a brilliant note shooting four perfect arrows but they slipped thereafter as Bangladesh backed by the local support made it 4-4 (40-37, 36-37, 36-38, 37-36). In the shoot-off, the Bangladeshi duo of Mohammad Hakim Ahmed Rubel and Diya Siddique edged out the Indians 19-20 landing both the arrows in the central ring.

Yadav, Abhishek Verma and Aman Saini narrowly missed out on a final berth in the compound men's team event with a shocking one-point loss to Kazakhstan.

The Indian trio, who led by two points at the halfway mark, cracked under pressure and shot inconsistently at the back end to go down 229-230 to Sergey Khristich, Andrey Tyutyun and Akbarali Karabayev.

Having got a bye into the semifinals, second seed India suffered a 227-220 defeat at the hands of Iran and will now face Kazakhstan in the bronze medal play-off. Jyothi and her teenage teammates Priya Gurjar and Parneet Kaur were no match for their rivals and managed just two 10s in the first end.

The Iranian team of Geesa Bybordy, Raheleh Farsi and Kosar Khoshnoudikia, on the other hand, shot 11 perfect 10s from the first 12 arrows to jump to a seven-point lead before sealing the issue by the same margin.