Going by past record, Pakistan definitely hold an edge but on form, India will definitely start as favourites on Friday. The last time both the neighbours played each other was in the league stages of the Asian Champions Trophy in 2018. 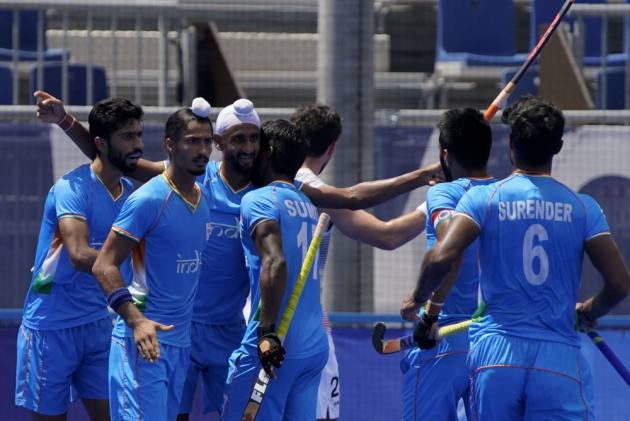 Back to their best after a slow start, defending champions India would look to continue their cautious experiments when they take on arch-rivals Pakistan in their third round-robin match of the Asian Champions Trophy men's hockey tournament in Dhaka, Bangladesh on Friday.

Olympic bronze-medallists India did not have the best of starts to the tournament, their first after the historic Tokyo campaign, as Korea came from two goals down to hold the Manpreet Singh-led side 2-2 in their tournament opener.

Stunned by Korea, the Indians came out a completely different side against Bangladesh on Wednesday, thrashing the hosts 9-0 in a lop-sided affair.

Striker Dilpreet Singh slammed a hat-trick of field goals, while Jarmanpreet Singh found the net twice from set pieces as the Graham Reid-coached side experimented with their penalty corners, trying out variations instead of direct flicks from vice-captain Harmanpreet Singh and Varun Kumar.

It was a completely dominant display from the Indians in all aspects of the game against Bangladesh and the holders would look to continue in the same vein against Pakistan on Friday.

The Indian defence has been led well by Harmanpreet, while skipper holds the key in the mid-field.

The forward-line has shone bright in the tournament so far with Lalit Upadhayay scoring three goals from two games while comeback-man Akashdeep Singh, who missed out on a berth in the Tokyo Olympics squad, too registered his name on the score-sheet on Wednesday.

Having said that, the Indians can't afford to relax on Friday, especially against Pakistan, who too boast of a rich hockey history although of late the game is on decline in that nation.

Pakistan have won three gold, three silver and two bronze medals in the Olympics and the country would be eager to get their footing in world hockey, especially after failing to qualify for the Tokyo Games.

India and Pakistan were declared joint winners in the last edition of the ACT in 2018 in Muscat after the final was washed out.

Going by past record, Pakistan definitely hold an edge but on form, India will definitely start as favourites on Friday.

India and Pakistan have faced each other in a record first seven Asian Games hockey finals. They have played a total of nine finals against each other in which Pakistan has won seven and India has won two gold.

Both nations have played each other from 1956 to 1964 in three successive Olympic hockey finals. India won gold twice while Pakistan won once.

The last time both the neighbours played each other was in the league stages of the ACT in 2018 where India beat their neighbours 3-1.

A win on Friday will secure India's place in the semifinals of the five-nation tournament. Malaysia was the sixth nation in fray but withdrew at the last minute due to issues related to the COVID-19 pandemic.

India are currently leading the standings with four points, while Pakistan are at the fourth spot after their goalless draw against Japan.