India have selected a relatively younger side for the Asian Champions Trophy leaving as many as eight players from the Tokyo Olympics squad. India have won this tournament thrice since its inception in 2011. 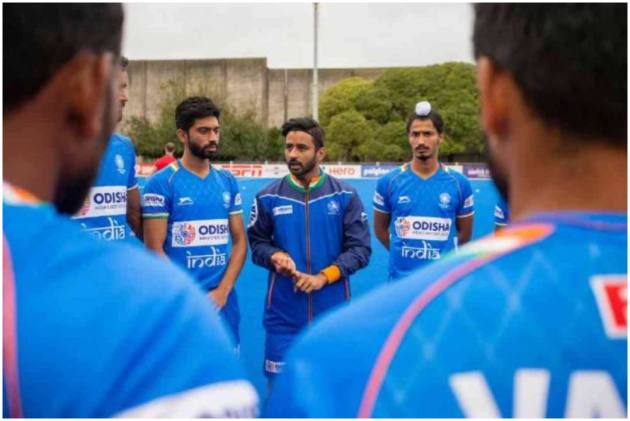 Olympic bronze medallist Indian men’s hockey team will start its new cycle with a bunch of youngsters aiming to prove their mettle when they begin their Asian Champions Trophy campaign against Korea in Dhaka on Tuesday. (More Hockey News)

India have won this prestigious event thrice since its inception in 2011 and have won the previous two editions held in 2016 in Kuantan, Malaysia and 2018 in Muscat, Oman. After India’s encounter against Korea, the Men in Blue will face hosts Bangladesh on the next day.

Their third match will be against arch-rivals Pakistan on December 17 and on December 19, they take on Asian Games Champions Japan. The semifinals and final will be held on December 21 and 22 respectively. (Live Streaming)

Skipper Manpreet Singh emphasised on getting off to a good start. “Korea is a good team and are very capable of slowing down our attack. In this same venue during the Asia Cup in 2017, we had drawn (1-1) against them in the league stage,” he said ahead of the campaign opener.

“Hence, it’s important we don’t get complacent against them and ensure our basics are right when we play them tomorrow,” he added. “The tournament is quite an important one for us as it is our first tournament after the Tokyo Olympics.

“The new cycle has started for us. If we start well, then our confidence levels will go high,” he said. Several youngsters have been given a chance in the India squad for the tournament, and Manpreet went on to explain why doing well for them here will be crucial.

Speaking on the team’s fitness levels before the start of the tournament, the Indian skipper said: “We are in pretty good shape. We focused a lot on our fitness at the recent camp in Bhubaneswar. We are looking forward to see how the other Asian teams have shaped up over these past two years. The tournament will be a good test for our squad,” he signed off.

In the previous edition of this event held in Muscat, India had jointly lifted the title along with Pakistan as the final was called off due to incessant rains.