Despite a good show, the Indian shooters missed out on at least three possible Tokyo 2020 Olympics quota places. India now has increased its medals tally to 13 at the Asian Shooting Championships. 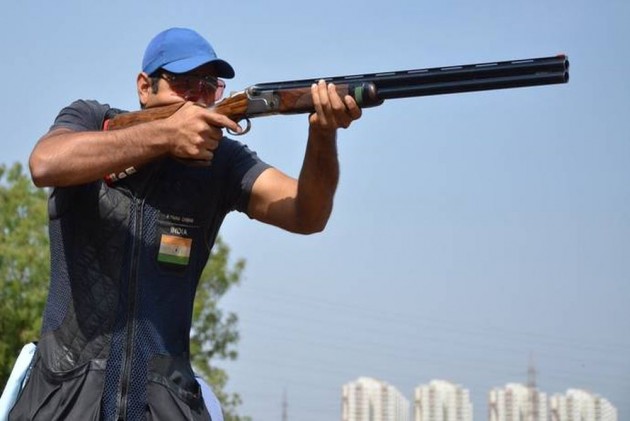 India shooters bagged eight medals on the second day of the Asian Shooting Championships in Doha, but narrowly missed out on at least three possible Tokyo 2020 Olympics quota places on Wednesday (November 6).

India, thus, increased its medals tally to 13 after the five the country’s shooters won on Tuesday. (SPORTS NEWS)

Kynan Chenai was second in the men’s Trap qualification with a solid 122, but in the six-man final, he finished sixth with 13 successful hits out of his first 25-shots. Kuwait, Chinese Taipei and Qatar bagged the three quota places.

The Indian men’s Trap team of Kynan, Manavjit Singh Sandhu and Prithviraj won the silver medal with a total score of 357, six short of Kuwait who won the gold.

In the men’s 25m Rapid Fire Pistol, Anish Bhanwala finished 11th in qualification with a score of 574. A poor final series put paid to his hopes of bagging one of the four available Tokyo 2020 quotas in the event.

In the end, he narrowly missed out on an Olympic quota to a Thai competitor, who finished 10th to pick up the fourth quota place on offer.

The other quotas in the event went to Japan, Korea and Pakistan. China’s world champion Lin Junmin won gold in the event. China swept all the individual medals in the event.

The Indian trio of Anish, Bhavesh Shekhawat and Adarsh Singh, however, won the team bronze with a combined score of 1716. Korea bagged the silver while China clinched the gold.

Indian shooters in the junior section of the same event also emulated their seniors with Ayush Jindal, Ayush Sangwan and Japtyesh Jaspal winning the team bronze.

The junior men’s team comprising Niraj Kumar, Abid Ali Khan and Harshrajsinhji Gohil logged a total of 1845 to win the gold ahead of China and Korea.

Nishchal and Bhakti too won an individual silver and bronze by notching up scores of 615.3 and 614.2 respectively.

Yuting Ma and Hao Yu of China won the individual golds in both the junior prone competitions.

The pair of Anjum Moudgil and Deepak Kumar later crossed the first qualification round of the 10m Air Rifle Mixed Team competition, shooting a total of 626.2. The duo finished sixth out of 36 teams.

In the second qualifying stage, they, however, finished outside the top four pairs out of the eight that reached the gold and bronze medal matches. Anjum and Deepak had to be satisfied with a sixth place finish.

In the women’s Trap event, Shreyasi Singh did get into a five-way shoot-off for the sixth and last qualification spot for the finals, but she finished third best to eventually end in the eighth position.