The Indian team was already assured of a medal after beating Iran 3-1 in the quarterfinals. Both the semifinalists secure a bronze. 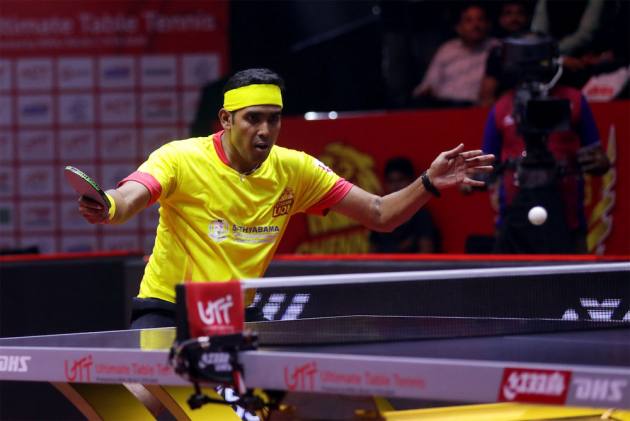 The Indian men's table tennis team signed off with a bronze medal in the Asian Championships after losing to formidable South Korea 0-3 in the semifinals in Dubai, UAE on Friday. (More Sports News)

The Indian team was on Wednesday assured of a medal after beating Iran 3-1 in the quarterfinals. Both the semifinalists secure a bronze.

In the semifinals, the clinical South Koreans proved too tough for the Indians who failed to win a single tie.

With a medal already in their pocket, the Indian paddlers took on the Koreans head-on. But the rampaging Koreans, also the top seeds, were a far better side.

Starting the match for India, G Sathiyan found himself pushed to the corner straightaway as world No. 12 Korean Woojin Jang brought into focus his backhand game and attacked throughout, often catching the world No. 38 Indian on the wrong foot.

The Korean eventually won 11-5, 10-12, 11-8, 11-5 to provide the lead. Sathiyan was in a good position in his second game but allowed the Korean to take it to deuce before winning it on extended points.

Though Harmeet Desai did not begin well against Seungmin Cho, he brought back momentum to his game to lead 2-1.

But the world No. 77, five places behind Harmeet, made most of the chances to win some crucial points to level 2-2.

In the decider, none had any noticeable big-lead gain, both winning their service points. At 10-8, Harmeet could not force his opponent into mistakes allowing Cho to deuce.

Archana Kamath played the opener against the top-ranked Suthsani Sawettabut. The Thai, who is ranked No. 38 in the world, showed good form initially.

Sreeja Akula then clinched her match 11-7, 11-6, 11-2 against another youngster Wirakarn Tayapitak.