Sarita, who won gold in the 2020 championship in New Delhi, lost her opening bout to Mongolia's Shoovdor Baatarjav by 4-5 margin but came back strongly to enter the final 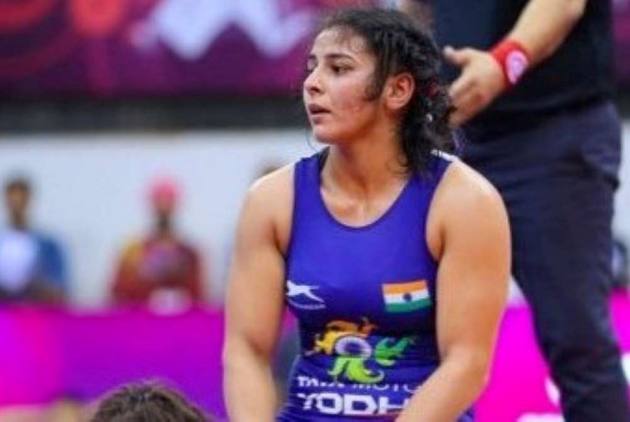 Reigning title holder Sarita Mor made an impressive comeback after a narrow opening-round defeat to storm into the 59kg final while Seema Bisla (50kg) and Pooja (76kg) will fight for bronze medals after losing their respective semifinals at the Asian Championship, in Almaty on Thursday. (More Sports News)

Sarita, who won gold in the 2020 championship in New Delhi, lost her opening bout to Mongolia's Shoovdor Baatarjav by 4-5 margin but came back strongly in the next round against Kazakhstan's Diana Kayumova, winning by technical superiority in the first period.

The lanky Kazkah had good reach but Sarita was agile and aggressive. After earning a passivity point, Sarita unleashed a flurry of moves, starting with a take-down and followed that up with a gut-wrench and a couple of expose moves.

Against Kyrgyzstan's Nuraida Anarkulova in the semi-final, Sarita was again aggressive from the beginning and finished the bout in a jiffy with quick expose moves after getting hold of her opponent.

She now has a chance to take revenge from Shoovdor, who also reached the summit clash.

In the 50kg competition, Seema had a terrible start as she lost her opening bout by fall against Kazakshtan's Valentina Ivanovna but made a strong comeback in the next round against Mongolian Anudari Nandintsetseg.

Trailing 0-2, Seema got on board with a passivity point and a take- down. She never looked back after that winning more point by employing gut-wrench and eventually won 7-3.

She faced a stiff challenge from Uzbekistan's Jasmina Immaeva in the semifinal which she lost 2-3.

She will now have to beat Taipei's Yung Hsun Lin to win bronze medal.

In 76 kg, Pooja won her first bout 2-0 as the Korean Seoyeon Jeong was too passive and followed that up with a victory by fall against Uzbekistan's Ozoda Zaripboeva.

Mostly earning points through right-leg attacks, Pooja found a move -- again a right-leg attack -- in the beginning of the second period which led her to pinning her rival.

She, though, was no match to Elmira Syzdykova in the semifinals as the
Kazak pinned her with a stunning move.  In the 68kg, Nisha was ousted after losing both her bouts by fall.

Despite dominating a major part of her second round bout that she led 6-0 with right leg attacks, Nisha lost to the Korean Eun Sun Jeong. She had lost her first round to Mongolia's Delgermaa Enkhsaikhan.