A fan of Ravindra Jadeja, Arpan Dutta has already represented Assam at various age group tournaments and was also a part of an exposure tour in Malaysia 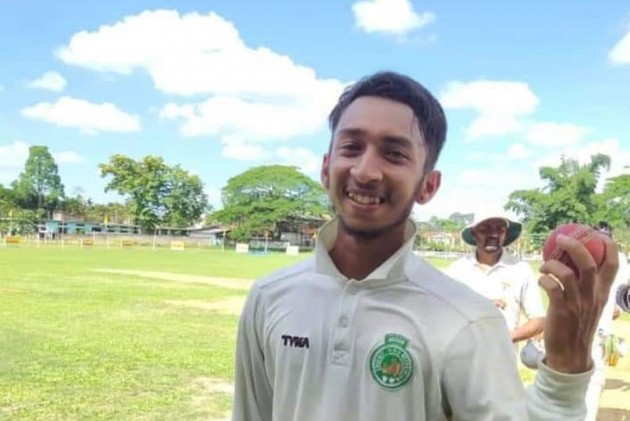 A 25-year old cricketer playing in the senior inter-district tournament in Assam has achieved a rare feat by claiming all the 10 wickets of an innings.

This is a very rare occasion when a bowler gets all the 10 wickets in an innings.

“I’m extremely happy to have achieved the feat. But this is not the end. From now onwards I need to work harder to go to the next level. I hope I will be able to do better,” the left-arm orthodox spinner told Outlook. His figure is 19-4-48-10.

A fan of Ravindra Jadeja, Arpan Dutta has already represented the state at various age group tournaments and was also a part of an exposure tour in Malaysia. He was also part of the Ranji trials last year and was adjudged the best bowler in Assam Premier Club Championship.

Arpan, who represented Sivasagar district, picked up all the 10 wickets of Charaideo district in the first innings. Chraideo were all out for 121 in 49 overs. The match played at the Charaideo DSA Stadium, in Sonari, ended in draw but Sivasagar earned the match point in the basis of first innings lead.

The tournament named Nuruddin Ahmed conducted by Assam Cricket Association (ACA) every year see the participation of all the districts and well performers are selected for the state Ranji and other age group tournaments.

ACA has congratulated the bowler for the rare feat.

Apart from that, another former India international Debasish Mohanti took all the 10 wickets representing the East Zone against the South Zone during a Duleep trophy match in 2001.

Subhash Gupte took all the 10 wickets against the combined XI of Pakistan Services and Bahawalphur CC in 1954.