Ollie Watkins gave Aston Villa victory over Arsenal, who have lost three games in a row to the midlands side for the first time since 1993. 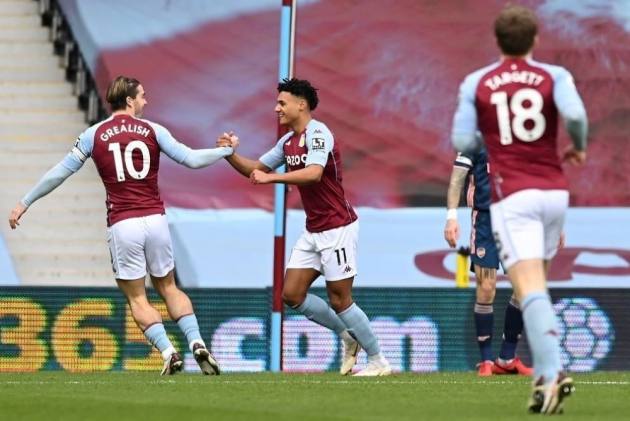 A goal in the second minute from Ollie Watkins secured a 1-0 win for Aston Villa over Arsenal on Saturday. (More Football News)

Beaten at Wolves on Tuesday, the Gunners slipped to a 10th Premier League defeat of the season as they made it three losses in a row to the Villans for the first time since 1993.

Mikel Arteta's men came into the weekend nine points outside of the top four and this result is another blow, while Dean Smith's Villa side have now reached 35 points, matching their tally from the whole of last season.

Debutant Mat Ryan conceded his first Arsenal goal before even touching the ball, Watkins' shot on the turn deflecting in off Rob Holding after Bertrand Traore pounced on a mix-up between Cedric Soares and the returning Gabriel.

At the other end, Emiliano Martinez, facing his former club, had to make a fine one-handed stop to claw a Granit Xhaka free-kick away from the top-right corner.

Traore then had a great chance to double Villa's lead, spinning into space in the box and trying to chip Ryan, but the Gunners keeper stood up to save.

Ryan twice denied Watkins early in the second half before Nicolas Pepe skewed a shot wide with his weaker foot, and John McGinn stung the palms of the Arsenal keeper as the game began to open up.

Substitute Pierre-Emerick Aubameyang glanced a looping header wide and Martinez saved from Pepe with his legs as Arteta's men began to build more concerted pressure, but Jack Grealish and Watkins each came close to a late second for Villa.

What does it mean? Villa up to eighth as Arsenal falter again

The 2-1 loss at Wolves was clearly coloured by two red cards, but Arsenal had few excuses this time for another tame performance on the road.

The early goal conditioned the match and Villa contained the Gunners well even after Aubameyang and Martin Odegaard came off the bench.

Dean Smith's side are now eighth, two points above Tottenham, while Arsenal are two points further back after playing two extra matches.

Targett on the money

Matt Targett dealt extremely well with the threat of Bukayo Saka, who was eventually switched to the other flank once Odegaard came on with 25 minutes to go.

He made five tackles, a joint team-high eight possession gains and two important blocks as he and Grealish endeavoured to shut down the Arsenal right wing.

Arsenal's left-back played six open-play crosses, more than anyone else for the 65 minutes he was on the pitch, and limited Traore to little consistent impact down the Villa right.

However, that simple mistake with a loose pass gifted Villa the early breakthrough and cost his side a result.

- Arsenal have lost three consecutive league games against Villa without scoring a goal for the first time since August 1920-March 1922.

- Arsenal lost 1-0 having conceded after just one minute and 14 seconds – it is the earliest a team have conceded in a 1-0 defeat since Everton trailed after just 41 seconds against Southampton in November 2016.

- Arsenal have lost their 10th league match of the season in their 23rd game – that is the earliest they have reached 10 defeats in a top-flight campaign since 1983-84 (17 matches).

- Having also kept a clean sheet against Arsenal in the reverse fixture, Martínez is the third goalkeeper to keep a clean sheet in his first two Premier League appearances against a club they have previously appeared for in the competition after Shaka Hislop vs Newcastle (1998-99) and Mark Schwarzer vs Middlesbrough (2008-09).

- Ryan became become the first Australian to appear for Arsenal in a competitive game since John Kosmina against FK Crvena Zvezda in December 1978 in the UEFA Cup.

Arsenal head to Leeds United on Sunday, February 14. Villa are in action next Saturday at Brighton and Hove Albion.