Atalanta BC Vs Real Madrid Live Streaming: When And Where To Watch UEFA Champions League, Round Of 16 Match 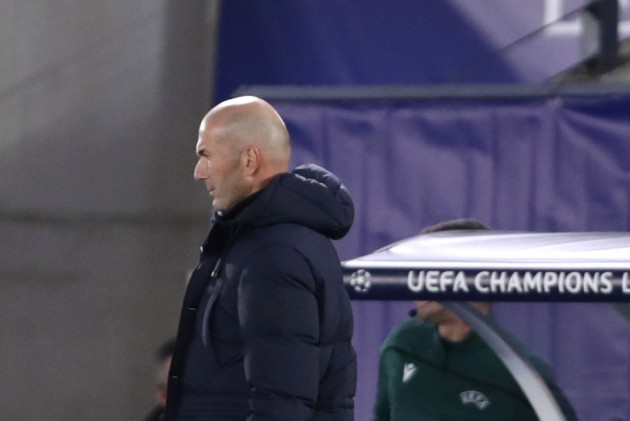 Zinedine Zidane has warned Real Madrid that Atalanta could stun them like Ajax did. Madrid take now take on the Serie A side, aiming to progress from the last 16 in the UEFA Champions League for the first time in three seasons. (More Football News)

Manchester City handed Zidane his first knockout tie loss as Madrid boss in the Champions League last term, while Ajax romped to a 4-1 win at the Santiago Bernabeu in 2019 when Santiago Solari was at the helm.

Atalanta's bold and aggressive attacking play has led to parallels being drawn between Gian Piero Gasperini's side and Ajax – something Zidane addressed at his pre-match news conference.

"They can be [like Ajax]. They're a very attacking team, a team who we know, offensively, are very good," he said. "They have a lot of players going forward. As a whole, as a team, they're very strong physically... I don't really like to compare teams - Atalanta are Atalanta, a specific team with their own style - but I can say tomorrow is going to be a good game of football between Atalanta and Real Madrid."

Indeed, Zidane's main concern will be the starting XI he draws from an injury-ravaged squad. Karim Benzema and Eden Hazard head the list of absentees, while five players in their 19-man travelling party have not started a competitive game this season.

But, the 13-time European champions will still be the outstanding favorite against Atalanta, who are making only their second appearance in the competition. Atalanta will have poignant memories of the same stage last season.

The Champions League outsiders beat Valencia 4-1 in the first leg but the joy was shortlived as, days later, Bergamo became the epicenter of the coronavirus pandemic. The match was dubbed “Game Zero” by media.