Actress Athiya Shetty and cricket KL Rahul have finally revealed about their relationship. On Shetty’s birthday, KL Rahul took to social media to share a post which made things Insta-official for them. 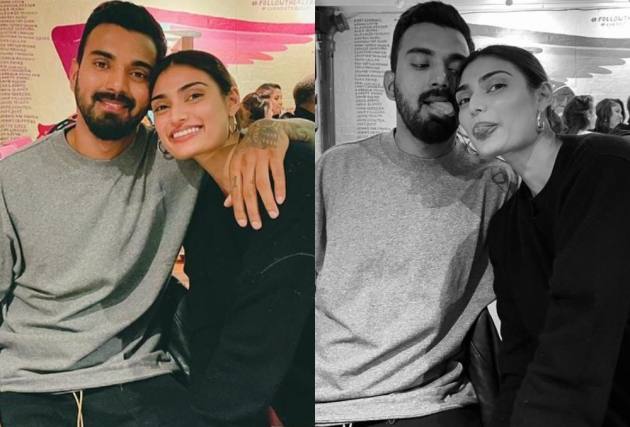 As Bollywood actress Athiya Shetty celebrated her birthday, her rumoured boyfriend cricketer KL Rahul sent a sweet birthday message to her on social media. With that, he also made their relationship official. Look at the post right here:

Athiya Shetty and KL Rahul can be seen in one of the photos fooling about in a postcard-perfect pose. In the other photograph, they were seen flashing one of their brightest smiles. The pictures from KL Rahul were also accompanied by a little note which read Happy Birthday with a heart emoji at the end. Also, Athiya Shetty reverted with similar emojis in the comments.

Previously, Athiya Shetty was frequently in the news for her rumoured romance with KL Rahul. Until recently, the lovebirds had kept their relationship a secret, but photos from their recent London trip left admirers in awe of their chemistry together. According to sources, KL Rahul put Athiya Shetty as his partner in the documentation he presented to the BCCI during the International cricket matches and also communicated this to them.

On the work front, the actress was most recently seen in actor Nawazuddin Siddiqui's 'Motichoor Chaknachoor.' The film garnered mixed reviews from critics, and the actress has yet to reveal her next project.

For KL Rahul, he has been in exceptional form in the last two T20 international cricket matches at the ongoing T20 World Cup. While the Indian team had lost the first two matches against Pakistan and New Zealand, they have made a strong comeback and beaten the teams in the next two matches convincingly. However, there is still doubt of whether they would be able to make it to the semifinals of the tournament or not. Not only do they have to win their next match, but also New Zealand will have to be defeated in their next match.