A draw against Bashundhara Kings will be enough for ATK Mohun Bagan to enter AFC Cup 2021 knockouts. Check match and telecast details 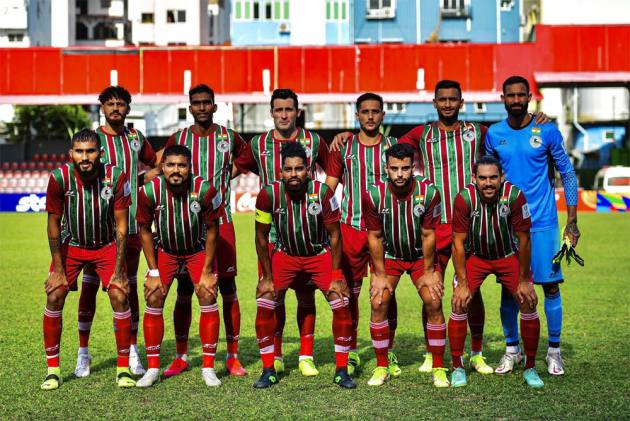 With two wins from as many games, the Mariners have the edge after they followed up their 2-0 victory over compatriots Bengaluru FC with a come-from-behind 3-1 triumph against Maziya to tally six points and give them a two-point buffer over the Kings going into the match.

A draw will be enough for Antonio Lopez Habas' side to be crowned South Zonal champions and claim a place in the Inter-Zone Semi-final.

The Bangladesh champions, on four points from a win and a draw, need nothing less than a win.

Much will depend if the Kings are able to shut down Group D leading scorer Roy Krishna, who has scored two from two for ATK Mohun Bagan so far. The Fiji international is sure to test a backline that is yet to be breached in this year's competition.

For the Bangladesh champions, it will be Brazilian forward Robinho, who is the main source of inspiration in the attack. He could not do much against Bengaluru FC, but ATK Mohun Bagan will write him off at their peril.

Kings have had a phenomenal domestic season, losing only one of their 21 matches in the Bangladesh Premier League.

Habas expects his team to carry on the solid work they have produced so far.

"I don't like to talk about favourites, because football is full of complications. We have good professional players, very disciplined and tactical on the pitch. They have the opportunity to learn every day and I am happy with the performances of my players," he said.

"They are a good team, we give them maximum respect. The most important thing for us is not to concede a goal, but that doesn’t mean there won't be any attacks.

"We have to find the balance. We know that this is a decisive match and we have to give 100 percent on the pitch."

Kings head coach Oscar Bruzon fully believes his side can defeat ATK Mohun Bagan on Tuesday for a place in the 2021 AFC Cup knockout stage.

"I think (the match-up) is very balanced. Both teams are the only clubs to have the opportunity to qualify for the next round," Bruzon said.

"Tomorrow is going to be another long 90 minutes. If we are smart and wait for our opportunities, I’m sure we can bag the three points. Our confidence is that we only lost one match this season, and I don't think tomorrow will be the second."

He admitted ATK Mohun Bagan are on an advantage and said his side will be in attack mode as they needed a win.

"ATK are starting with a slight advantage and we need to push a little bit more tomorrow if we want to win the game."