ATK Vs Odisha FC Live Streaming: When And Where To Watch Indian Super League Football Match

All you need to know about the Indian Super League (ISL) 2019-20 match between ATK and Odisha FC -- Live Streaming, TV Telecast, Date, Time And Venue 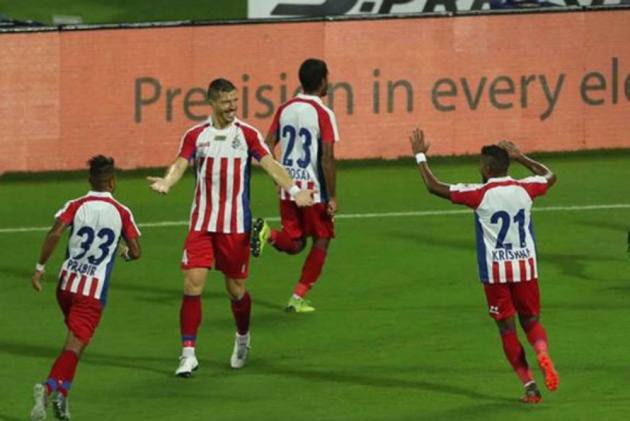 ATK will look to reclaim the top position in the Indian Super League (ISL) 2019-20 table when they take on Odisha FC at the Salt Lake Stadium on Saturday. The Kolkata outfit trail FC Goa by three points but a win over Odisha would once again reinstate them at the pole position owing to a better goal difference for now, along with the head-to-head record. (More Football News)

Antonio Habas' team are coming into the game on the back of three consecutive victories without conceding a single goal. The defence line led by Agus and Pritam Kotal has been at their best as they haven't allowed the opposition to get into dangerous areas. The good news is that David Williams also got some minutes under his belt after recovering from an injury in the previous game.  Roy Krishna has been the star performer with as many as 10 goals to his name. Edu Garcia has been exceptional as well and Habas would be perplexed on how to include him in the starting eleven with the return of Williams.

Josep Gombau's Odisha need to get back to winning ways in order to boost their hopes of making it into the top four. Having lost Aridane Santana due to injury, they roped in Manuel Onwu from Bengaluru FC on loan until the end of the season. The Spaniard hasn't disappointed either with two goals on debut against FC Goa last week. Shubham Sarangi, who has been impressive this season by adapting to the full-back position, is back in contention for a start after serving his suspension alongside Carlos Delgado.