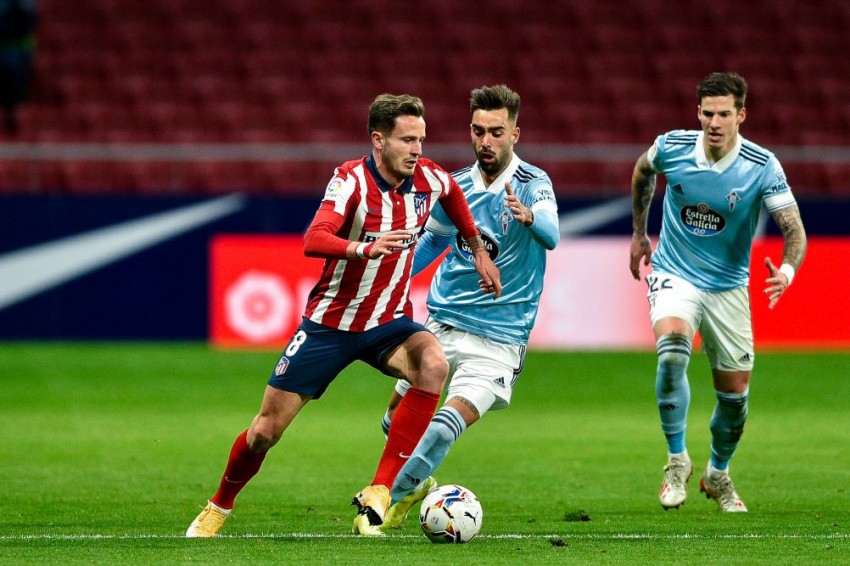 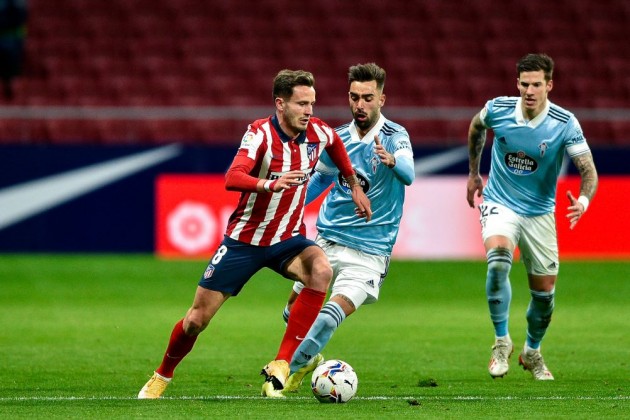 Atletico Madrid were denied the opportunity to restore their 10-point lead at the LaLiga summit after Facundo Ferreyra's 89th-minute equaliser sealed an unlikely 2-2 draw for Celta Vigo on Monday.  (More Football News)

Wins for Real Madrid and Barcelona over the weekend put the pressure on Diego Simeone's men, who lost Thomas Lemar and Hector Herrera shortly before kick-off after positive COVID-19 tests were confirmed.

They started poorly at the Wanda Metropolitano and slipped behind to Santi Mina's third top-flight goal of the season, but Luis Suarez levelled matters in the 45th minute with a simple finish at the back post.

The former Barcelona striker repeated the trick five minutes after the interval, but Los Rojiblancos were denied a ninth consecutive top-flight win when Ferreyra - a debutant from the bench - scrambled in from close range late on.

The hosts were stunned after 13 minutes when Mina met Hugo Mallo's right-wing cross with a diving header from six yards that flashed past Jan Oblak.

Simeone's men struggled to get a foothold in the game after that, with Ruben Blanco comfortably keeping out Renan Lodi's effort from outside the penalty area.

The leaders restored parity on the stroke of half-time, though, Suarez stealing in at the back post to prod home Marcos Llorente's low ball across the face of goal for his 15th LaLiga goal of the campaign.

Suarez grabbed his second in the 50th minute, sliding in unmarked to steer Lodi's superb volleyed cross past Blanco from six yards.

Only a superb last-ditch tackle from Geoffrey Kondogbia denied Iago Aspas an equaliser soon after as Celta pushed forward in numbers.

Atleti looked set for another three points on their march towards the title but Ferreyra - who joined the club on transfer deadline day from Benfica - marked his debut by bundling home Augusto Solari's cross with just a minute remaining to steal a surprise point.

A point each at the Wanda @Metropolitano.

What does it mean? Atleti’s stunning run halted

With Lemar, Herrera, Joao Felix and Moussa Dembele all sidelined after testing positive for COVID-19, it was hardly surprising Simeone's men were not at their best against Celta.

They came agonisingly close to sealing a 16th win in their past 17 league matches, though, and Simeone will be livid they were unable to hold on.

Still, they hold an eight-point lead at the summit and have a game in hand on their rivals. This should be nothing but a minor bump in the road as they head towards a first title since 2014.

Barca's decision to allow Suarez to join Atleti continues to look more and more foolish with each passing week. The Uruguay international's latest double took his tally to 16 goals in his first 17 league games for Atleti, overtaking Cristiano Ronaldo as the fastest player to reach 16 goals for the same club in the competition in the 21st century.

16 - Luis Suárez  has scored 16 goals in his first 17 games for Atlético de Madrid in LaLiga, becoming the fastest player to reach 16 goals for the same club in the competition in the 21st century (Cristiano Ronaldo - 15 goals for Real Madrid in 2009/10). Amazing. pic.twitter.com/wHbLRFdA7P

It was little surprise to see Nolito hauled off with more than 20 minutes remaining. The former Sevilla forward failed to have a single shot or make a key pass in an underwhelming display.

Key Opta facts
- Atletico have won just two of their past six games against Celta in LaLiga (D3 L1), having won their previous six.
- Simeone's men are unbeaten in 22 LaLiga home games (W17 D5), their best run in the competition since a 22-match streak between September 2015 and October 2016 (W18 D4), when they played at Vicente Calderon.
- After 20 games played, Atleti have registered 51 points - their best tally at this stage of LaLiga alongside their triumphant 2013-14 campaign
- Atletico have scored nine of their past 10 shots on target in LaLiga - five from Suarez and one apiece from Joao Felix, Joaquin Correa, Saul Niguez and Koke). Correa was the only one to fail against Valencia goalkeeper Jaume Domenech.
- Suarez is the player to have won the most points for his team with his LaLiga goals this season (12 points from 16 goals).

Atletico will hope to return to winning ways when they travel to Granada on Saturday, while Celta will have a spring in their step when they host Elche a day earlier.